It's about 10 months since we moved into our house in Alabama. Now that we've seen all four seasons, I have a few observations between living in NJ and Alabama. 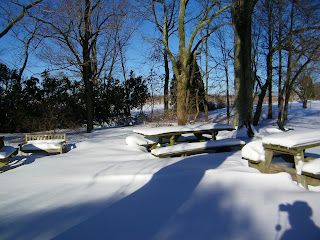 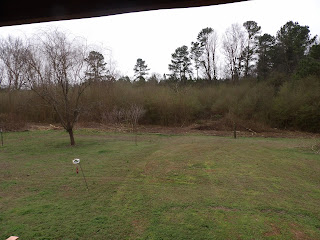 To be fair.... it did snow in Cullman last January.  Flakes came falling and hitting the ground.  It was gone less than an hour later.

Sales tax in Cullman AL.   Almost 10%.  Everything is taxed.  Everything!  We buy our clothes when visiting in NJ. 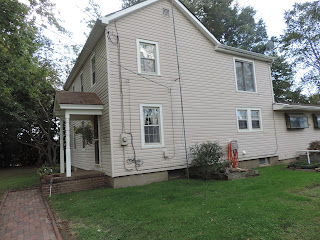 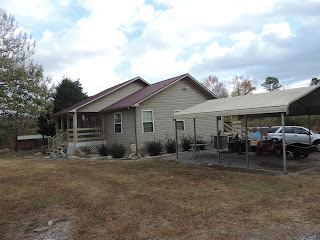 In NJ we had definite Winters, Spring, Summer and Fall.

Summer flowers around our fish pond in NJ 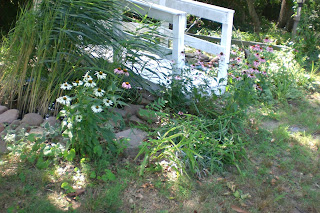 In Alabama there is Sorta of Winter, Spring, Hot Summer and  Fall Leaf Changing.   How thrilled I was to see Spring flowers that I had in NJ here in AL.... daffodils and forsythia. 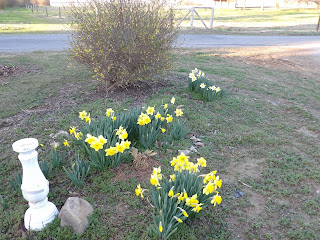 We had a garden in NJ.  Grew strawberries, tomatoes, beans, okra, corn, etc.  We planted early Spring and by end of September  to mid October growing season had ended.

Alabama has more than one growing season.  Since we were traveling a great part of the summer we did not have a summer garden.  However, in Alabama they plant various crops late summer, early fall.  So we have a fall garden of onions, cauliflower and cabbage.  And I just read it is time to plant carrots, garlic and asparagus.  Will have to think about that.

In New Jersey if we wanted to have a hot dog roast in the backyard we had to get a permit from the local fire company.   No open burning without permitting and payment.

This is allowed in Alabama: 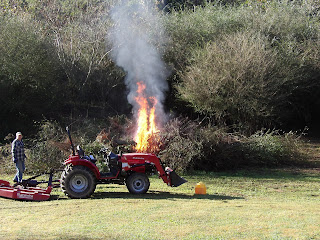 Good thing.  We have burned a lot of debris and have a heck of a lot more to burn.

There is a reason New Jersey is the Garden State.   For many years, the southern part of the state was a major grower of vegetables.   As a child and young adult I would see the trucks of tomatoes headed to Camden NJ home of Campbell Soup.  The processing facility closed many years ago.   But NJ still has the BEST tomatoes and Silver Queen Corn.  No tomato tastes like a Jersey Tomato although I did find some that were close and grown in this area.

However, I can not say the same for apples, peaches and plums.  We bought two peaches at a road stand this year for $1.00 each.  Inedible.  How to toss them out.  We bought a bag of apples a few days ago at an orchard.  I was going to make applesauce and pies.  I filled my crock pot with apples.  When done, I had to strain to get all the water out.  I won't even try to make a pie.  It would cook to mush.  Then today we went back to the orchard for apple cider they made yesterday.   We almost choked when we paid $10.31 for a gallon of apple cider.   In NJ we would pay $5.00 for a bag of good fresh apples or peaches or plums that we paid $15.00 for here.    And no where near $10 for a gallon of cider.  Never again.

In NJ we had to contend with Hurricanes and even Super Storm Sandy  (and snow storms too).  We lived about 30 miles from the ocean and 20 miles from the bay.   Here is damage on the bay after Sandy. 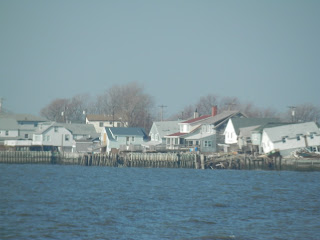 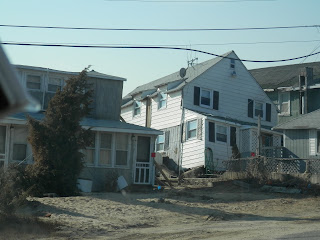 No damage inland where we lived.

In Cullman we are in Tornado alley.  Around the time we were getting ready to move here, one swept through about 15 miles from the house. 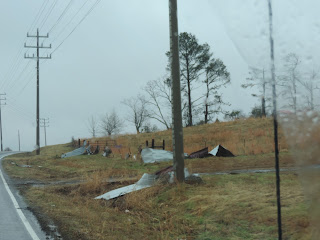 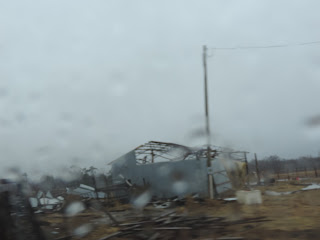 We've been under two additional tornado watches since moving into the house.   We have a large basement where we would go.   Many people have shelters built in their yards.  In our surrounding area there are at least 8 shelters built on the side of the road.   On You Tube there are videos of a major tornado that hit the town of Cullman in 2011.

All in all we like the area, we love the house and people are friendly.   Not a regret.