Sunset, visit from Friends and an ending we did not want

A few weeks ago we had a too-short visit from our friends Darlene and Jim.    As always, we go to Jim n Nicks where the guys order the 2-pound rib meals and the gals order the fried catfish.    Each couple share their meal with the other and still there is enough to take home for another meal. 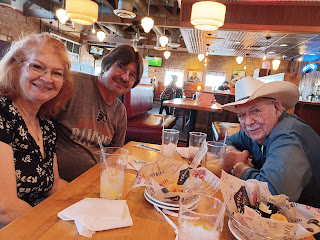 A few days later we took them with us to the Senior center for karaoke and dancing. 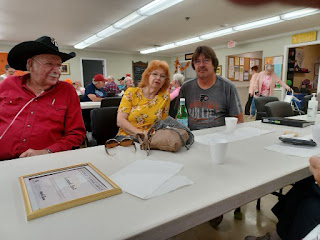 Darlene loves our Biscuit.  And he loves the brushing and loving she gives to him. 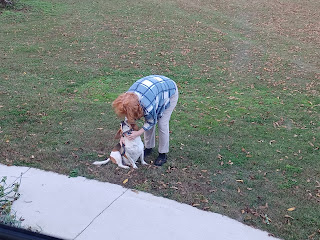 At the center, this nice gentleman found a dancing partner that never gives him any sass. 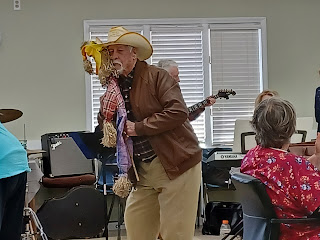 A few weeks ago was that "Special Moon" that I forget what it was called. 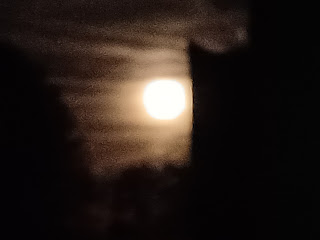 And then a few nights later this lovely sunset 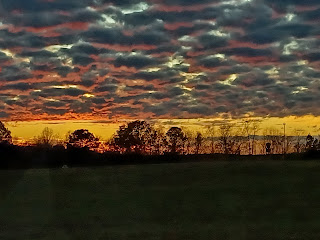 We had Thanksgiving dinner at Lennie and Lois.   Lois sent me a nice picture of all of us but it's on my phone and I have no clue how to get it on the computer where I do this blog.   Somebody teach me please!

We are currently having a two-week span of no RVers after being fully booked October and November.     They have been telling me they see armadillos out there at night.   I had been thinking it was crows digging up our yard,    Now I am sure it's those armadillos.   Last night we pulled into the yard after dark and saw one.

Also in our yard has been frequent deer. 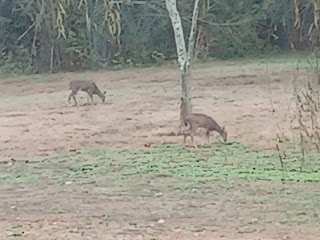 Yesterday when we came home from church Len noticed this girl lying about 50 feet from the house in the wooded area. 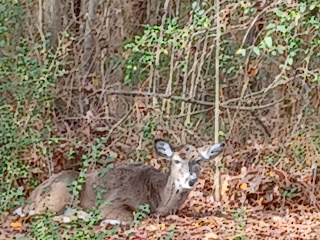 We could walk up to her (about 10 feet away) and she never moved.   We were concerned.  We contacted the local game warden and told him she had been laying there about two hours.   Biscuit would get close and still she did not move.

About an hour later the Game Warden arrived. 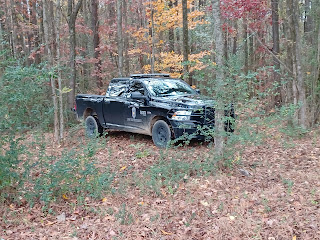 He looked at her through his binoculars.   Both her eyes were glazed over.  She appeared to be quite old.    We watched her for some time.   Then Biscuit walked up to her.  She jumped up and ran with him following behind.  We called him back.  She continued to run in circles and bumping into trees and bushes.    It was evident she was blind and frail.    Sadly, the warden had no choice. 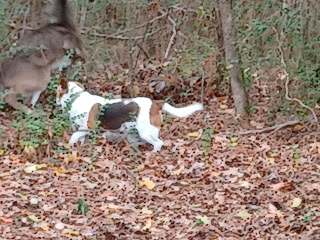 We don't know if she had been hit by a car or injured in another manner to have done head damage causing the blindness.  We hate to see animals suffering.   But it's still upsetting.

On a happier note, the weather has been fine, we are looking forward to visiting family in the northeast over Christmas and we are both as healthy as can be expected.