There is an advertisement on TV  ( I forget what for) that states a certain percentage ( I forget what %) of people over 65 fall each year.    Well last year I fell 4 times so I figure that I saved 3 people from falling.  I only hope they appreciate me taking their turn.

Last week I tripped walking up the inside steps in the Fifth wheel twice.   Once I scraped my left arm, the other time my right arm.

Last night our NOMADS team met for dinner in the church dining hall.   We were telling those sitting at our table about our daughters house in PA that was once a grist mill. It has a stream running under it that can be viewed from her living area by looking down a well.   There is thick Plexiglas at floor level and spotlights at the bottom.   One can see the rapidly moving water.   They will be looking into having a water wheel installed which will provide their electricity.  This picture was taken when they were in the process of moving in late November.   That is the well on the left. 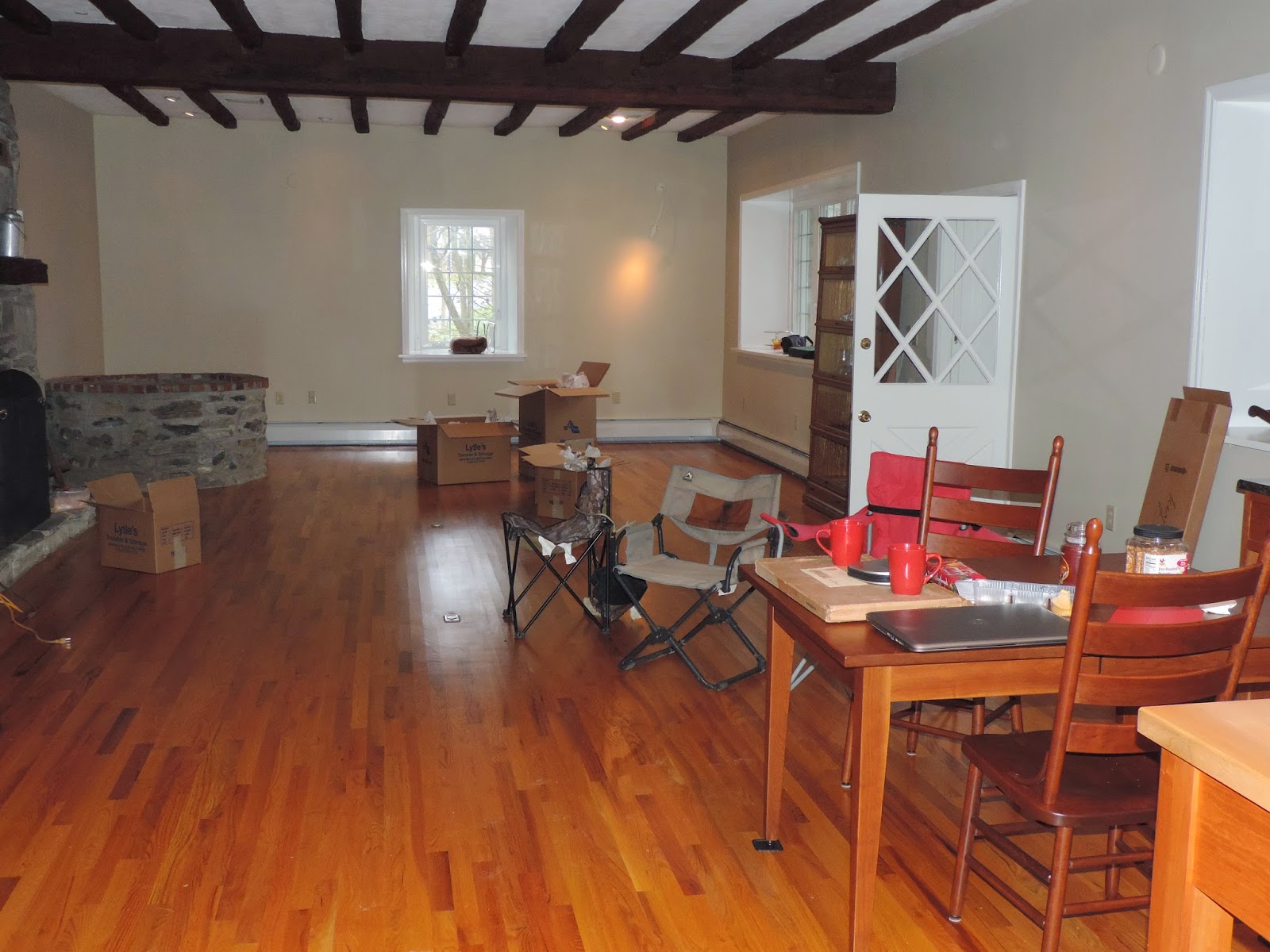 The people at the table asked if we had pictures.   I do, on our computer and also there are pictures on the web from the Realtor.   Google 535 S. Mill Street, Lebanon, Pa to see them.   I must say the house looks nicer with the daughters furniture and arranging.

So, I went to the fifth wheel to retrieve the computer.  It was dark outside.  I was holding the computer in front of me and stepping down the outside steps.  I briefly thought I should turn on the outside lights but instead continued on.   Down three steps carefully and then I thought I was on ground level.  I KNEW THERE WERE FOUR STEPS.   I flew to the ground.  The computer flew in another direction.

The computer made it through better than I did.

Not having my phone on me, I pulled myself up and hobbled inside and called Leonard.   He and several others came running.   By then my right foot had swollen.    Warning -  ugly foot picture ahead. 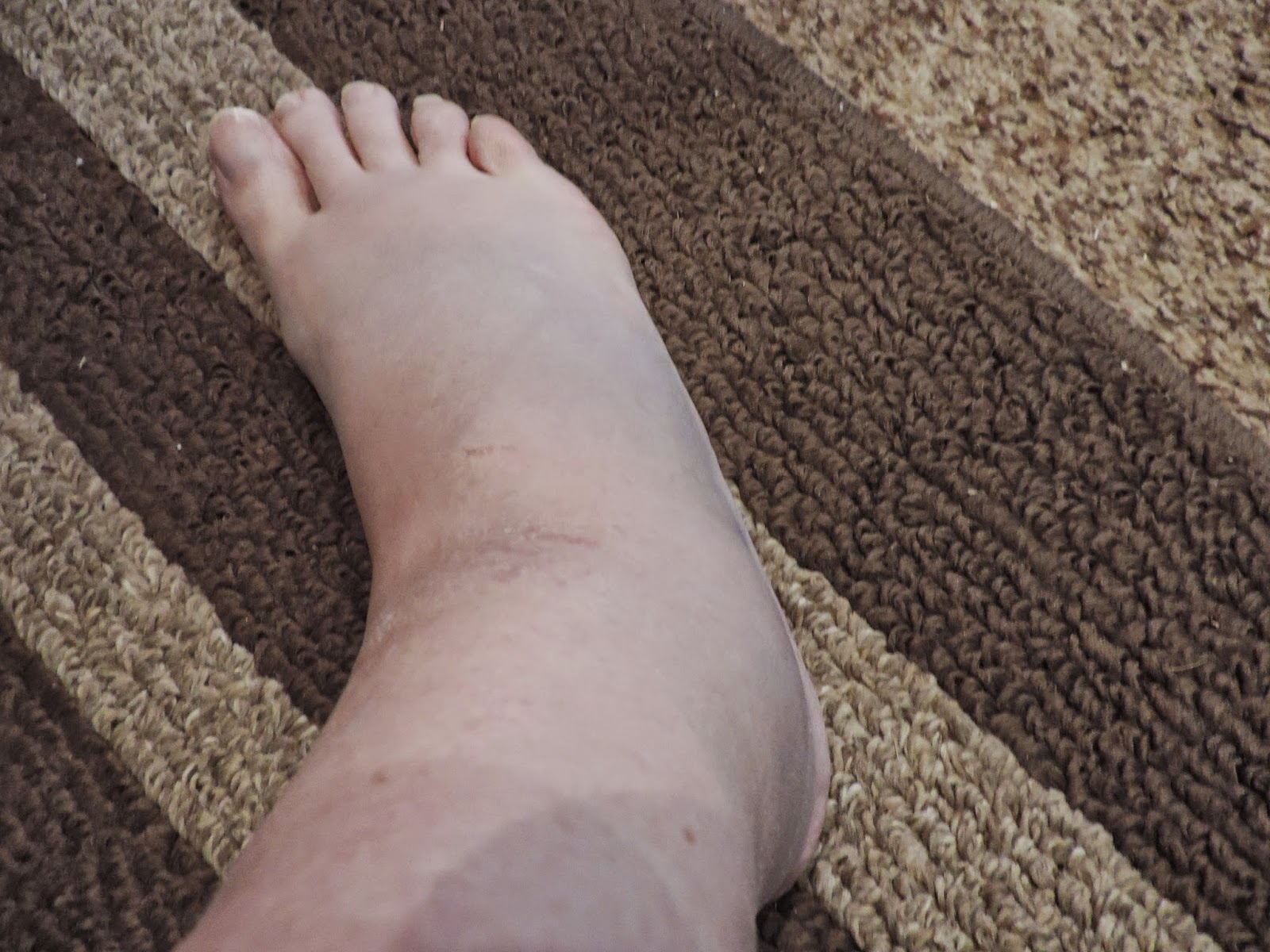 The ministers wife, Jacquie, is a nurse.   She and Leonard took me to the nearby Urgent Care center.  X-rays were taken.  No broken bones.    Crutches were provided.  I know this will heal in a few days.  However, during the night I went to turn over and felt a sharp pain in my left knee.   When I move certain ways, there is a shooting pain.

Len has had 3 operations for a torn meniscus.  He tells me the pain is in the same area which I am feeling.  Speaking of which,  his knee has been bothering him again.  He is at a Knee Pain Clinic now getting shots in the knee.  Geesh, we are pitiful.

So, I've fallen three times so far this year.   It's only January.   By my count two old people owe me for taking their turns.  Wondering what the count will be by December 31.
Posted by Phyllis at 8:20 AM 7 comments:

We are half way through our time of volunteering here in the Rio Grande Valley.   This is our third year volunteering with NOMADS in this area.

We've always looked forward to the warmer weather down here.  SURPRISE!  Not so this year. There have been a few mild days here and there, but on the whole either rainy or very chilly.  Some days down right cold.   Yesterday we felt the winds change and the temps drop again.   Today is very windy and low 40's.   I know, I should not complain considering that our northeast families are in midst of another snow storm.  But gosh.

As usual a lot of our work is spent working in the community.   Being only 4 miles from the border it is one of the poorest county's in the country.   I was surprised to learn that Mercedes population is 94% Hispanic and 6% Caucasian. 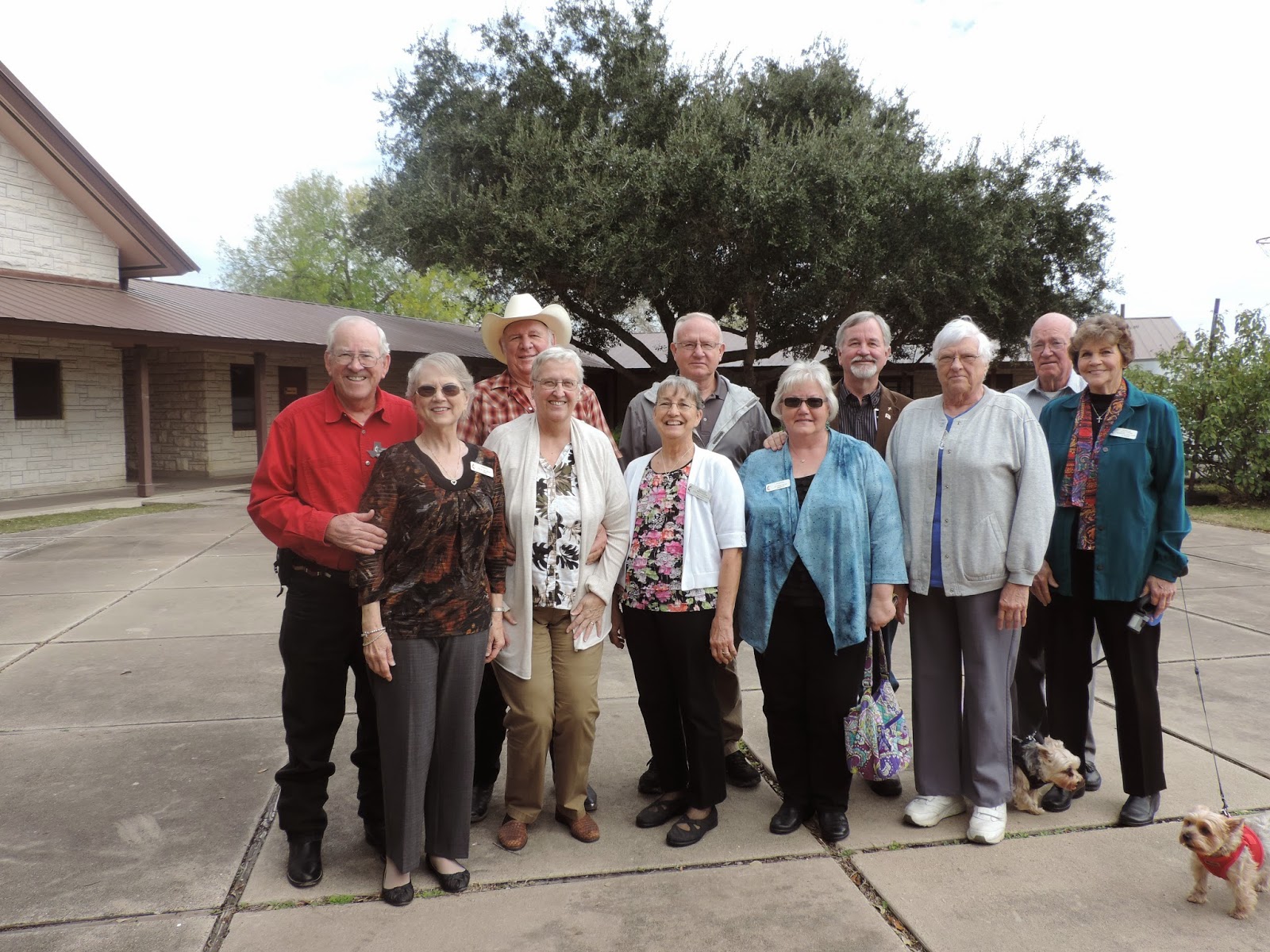 We worked on the La Mesa United Methodist church.   This is a growing Hispanic church.  Last summer they served over 2,000 meals to the community.  Between the sanctuary and the kitchen was a wide walkway.  We closed it in to make a much needed nursery. 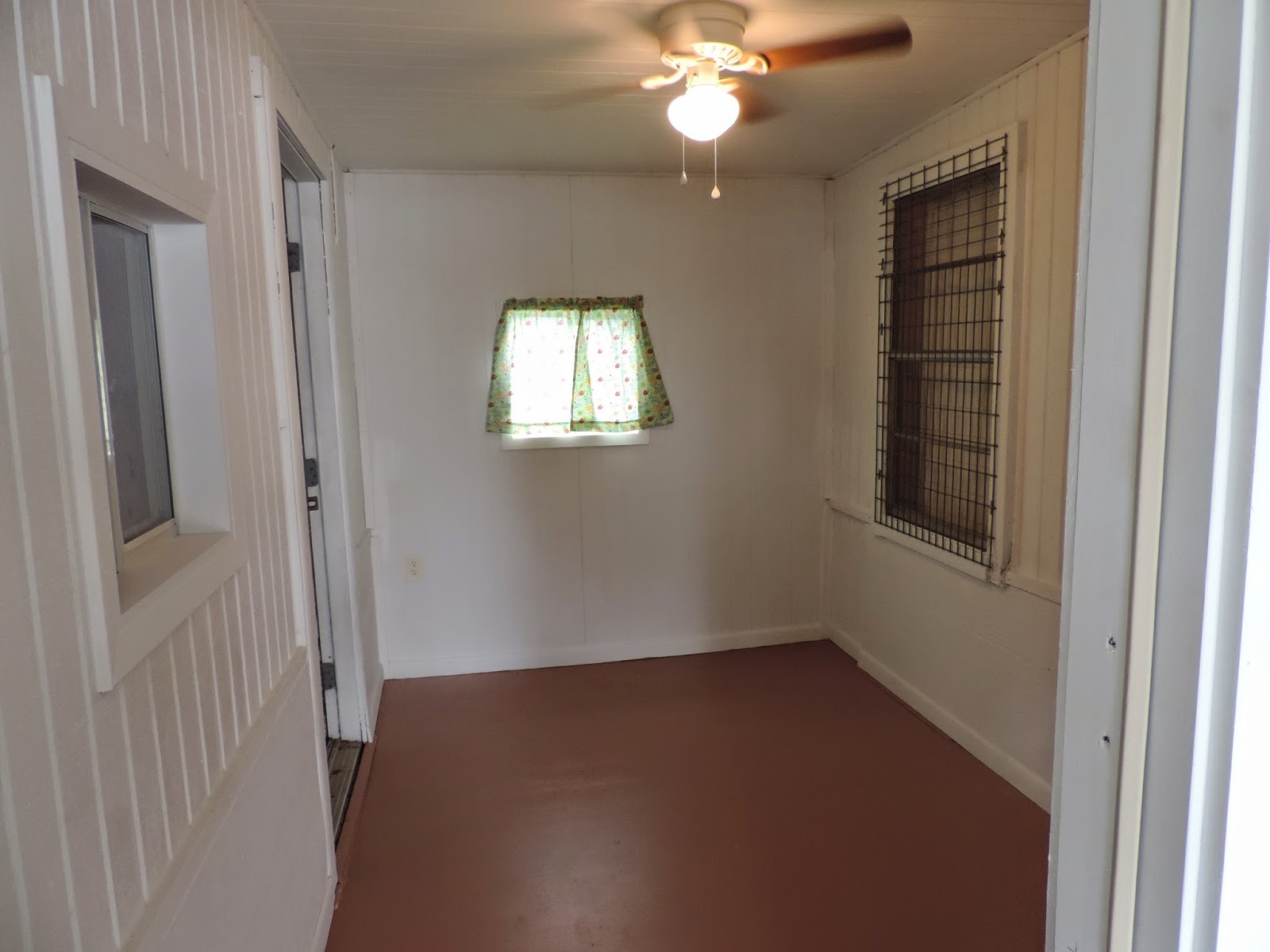 We have started work on improvements to a house.  This house is built from particle board.  Outside walls, interior walls, floors.  Rain is causing most of it to disintegrate. 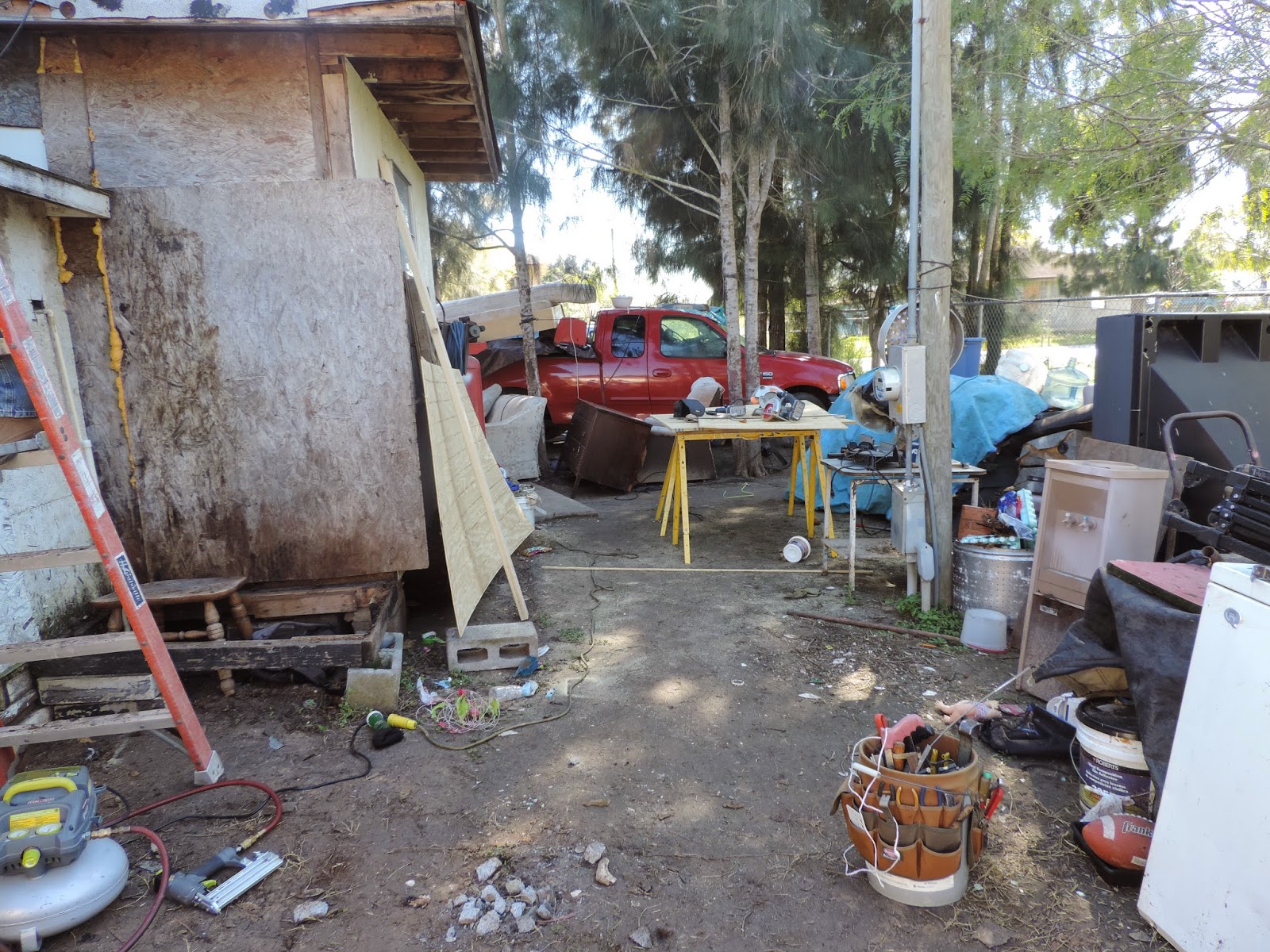 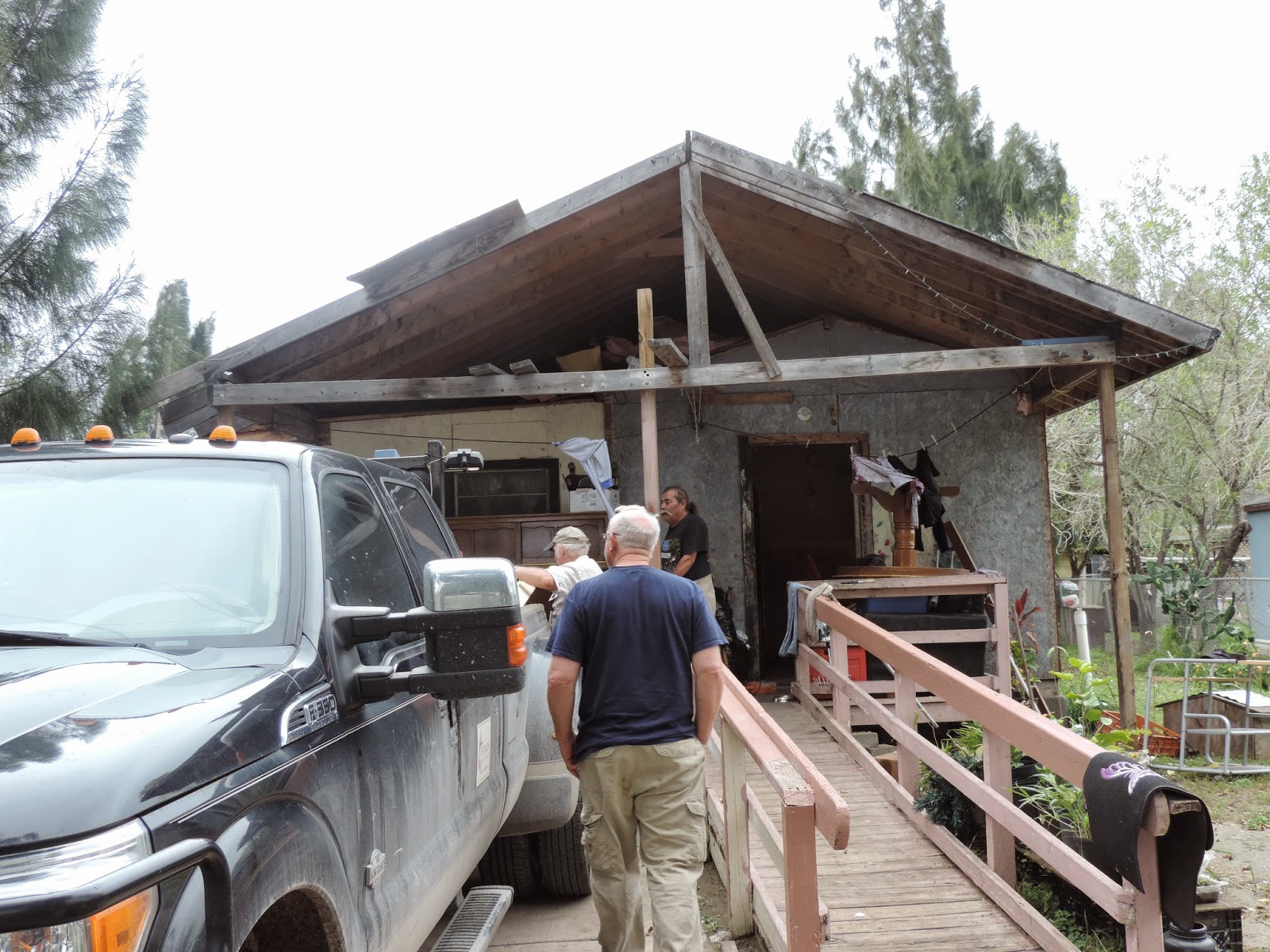 The electrical system was dangerous.   Uncapped wires hanging everywhere.   Len restrung wiring and installed electrical boxes where there were none.   The team is shoring up the house where possible.  This one is a real challenge, only so much can be done.

We re-connected with our friend Nohemi and her beautiful kids.  One night we took them to dinner, another night she invited the group to her home for dinner. 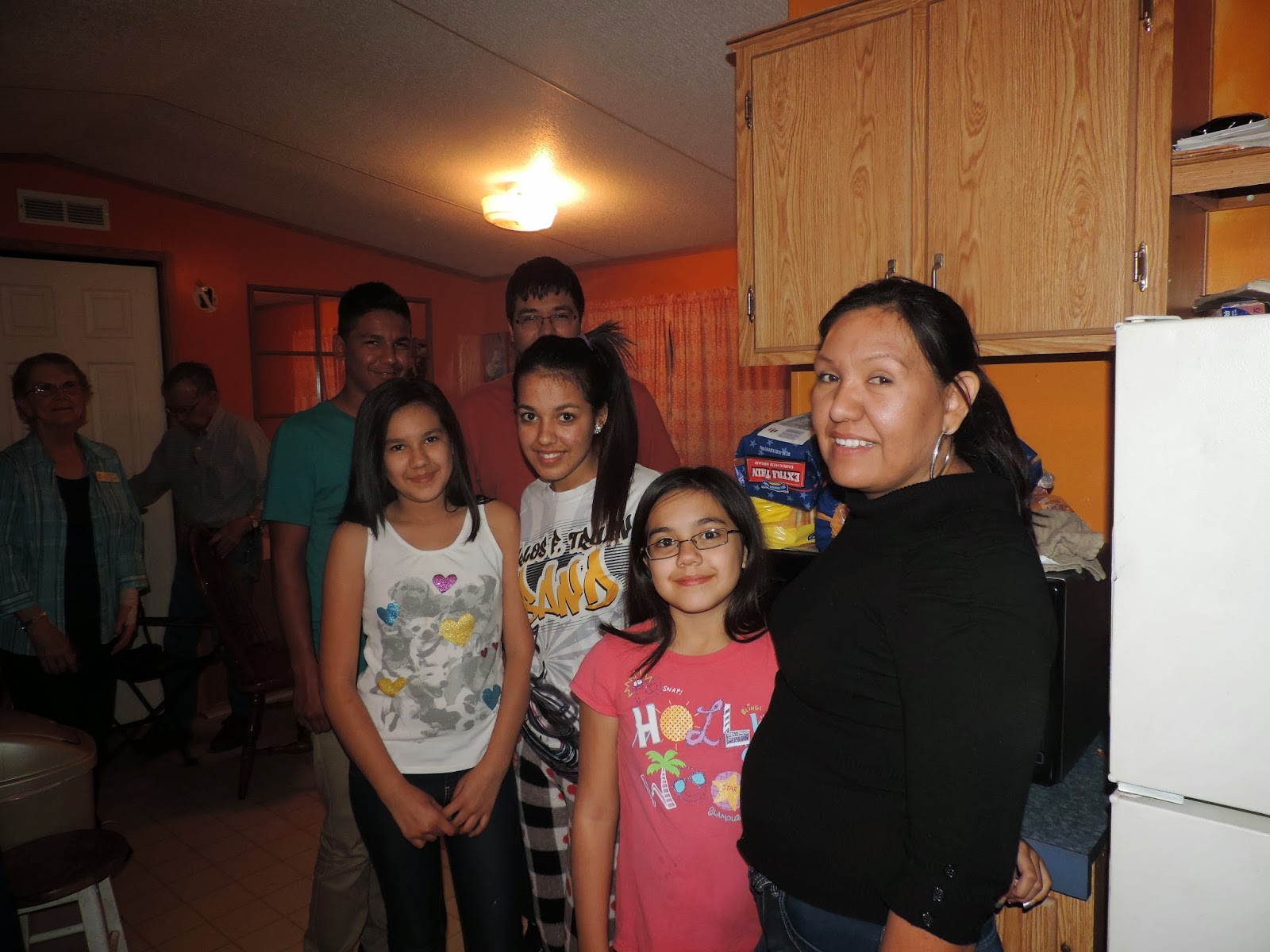 Last weekend we were invited to dinner with fellow blogger Carol Kerr.  She and her fiance, Jeff, have settled in Mission, TX where they had built a beautiful house.  I am happy to report Carol and Jeff are getting married next month and Carol is doing well after several heath issues last year.  We are thrilled for her. 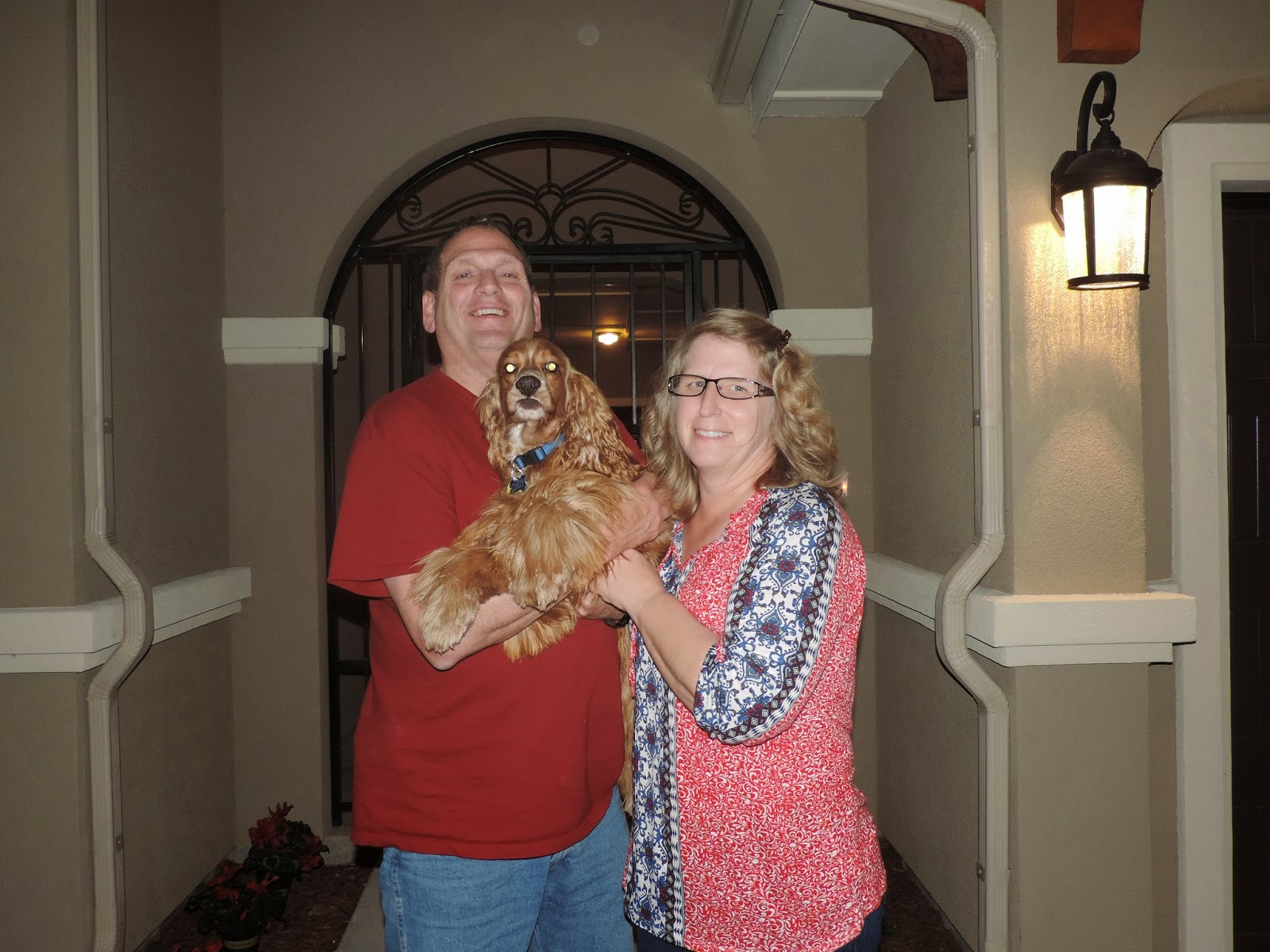 Speaking of Leonard.  He is having his own medical issues now.  His right knee has had three surgeries on it for torn meniscus.  For a week now he is having pain in it when he sits for a spell and then stands.   Looks like we need to find an orthopedist.   Why didn't someone tell us there would aches and pains when reaching our 60's or 70's.
Posted by Phyllis at 8:28 AM 5 comments:

We made it to Mercedes last Saturday.    The ride from Louisiana was not terribly eventful.   Since the distance is close to 500 miles, we over-nighted near Odem, TX at Camp Walmart continuing on the next morning.    We did see two accidents on Rt 59 out of Houston.

This one had traffic backed up for miles. 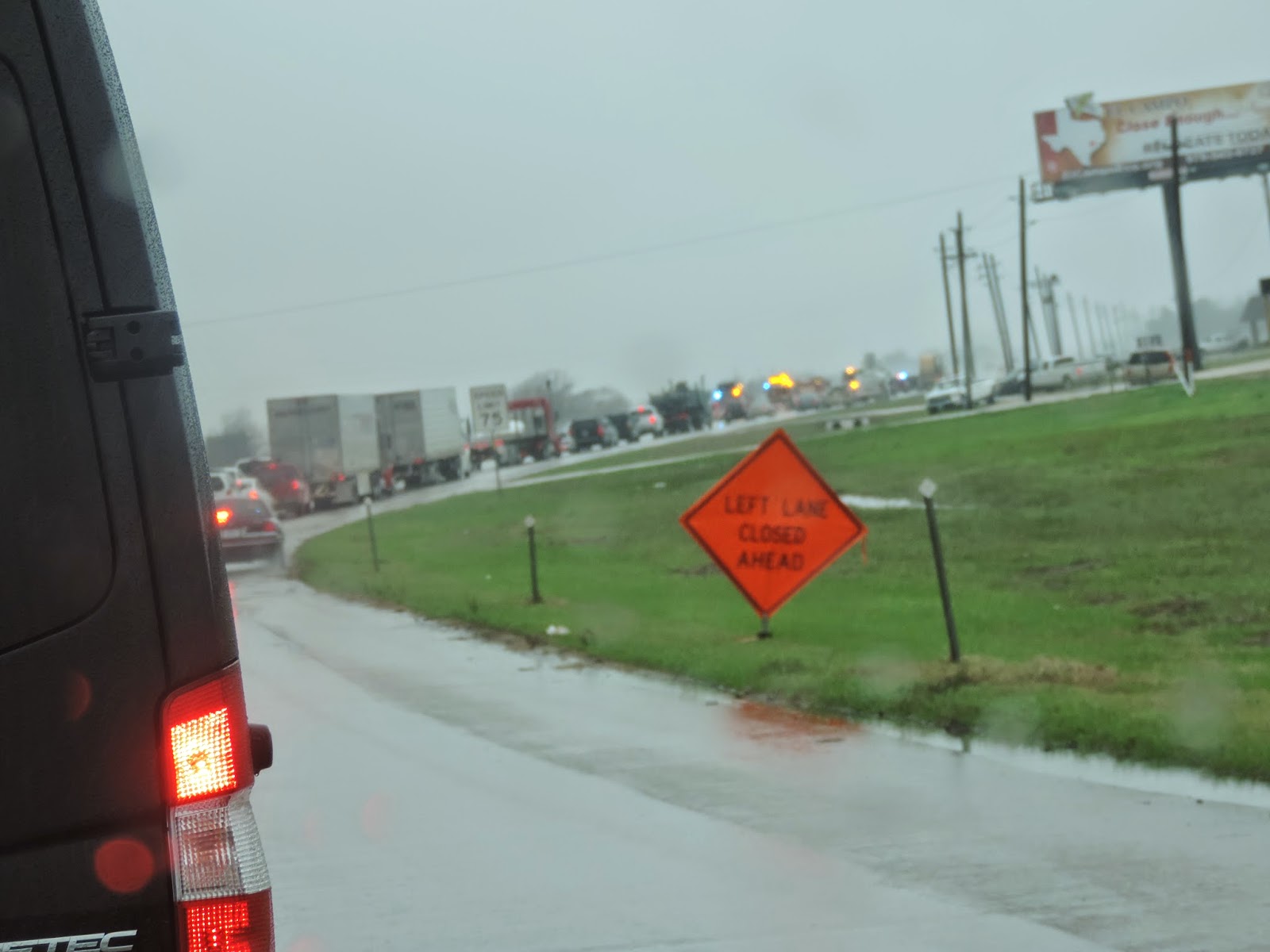 Sunday was church and lunch at Lubys.

Monday was working around the church due to very cool weather outside. 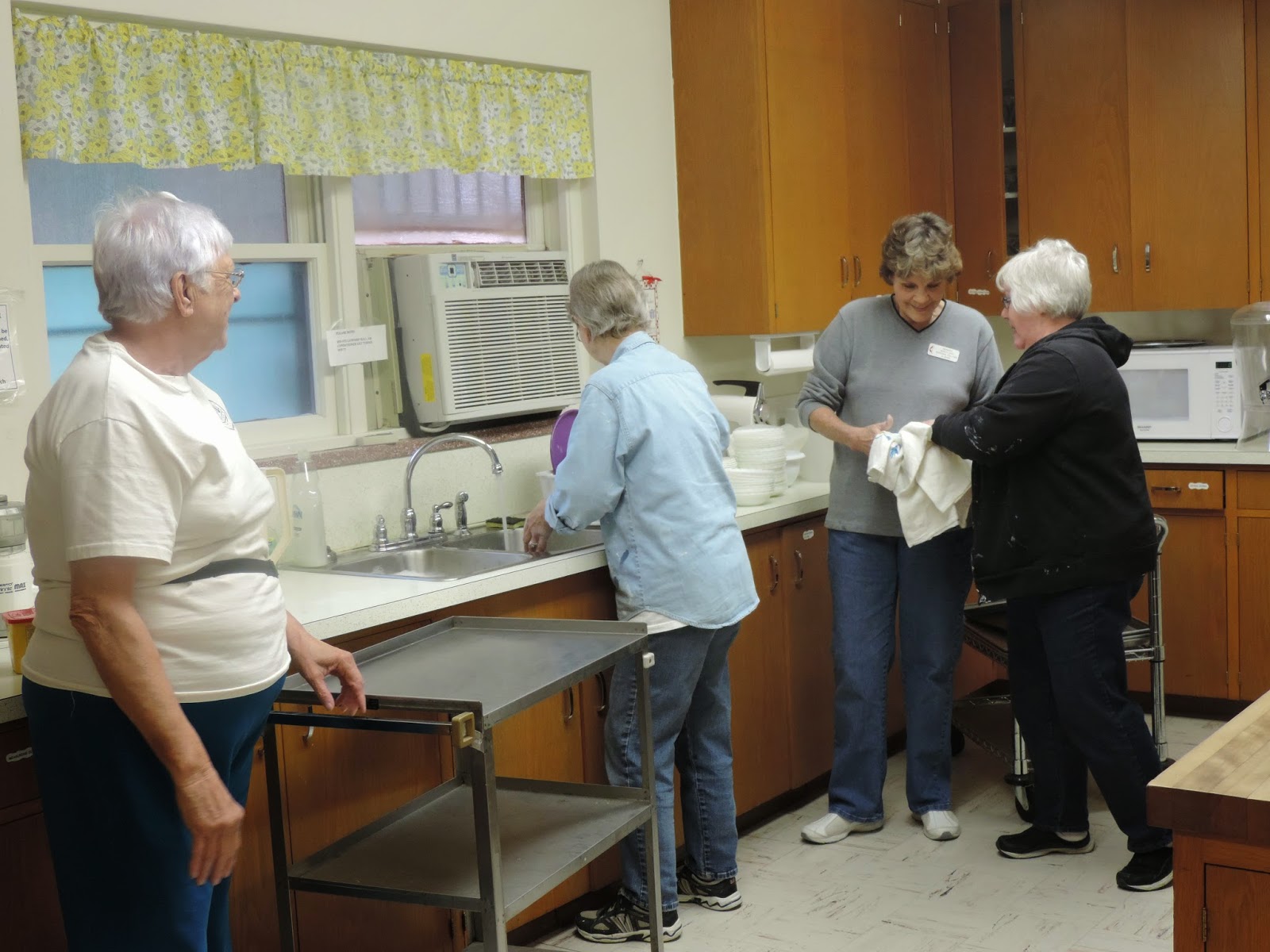 Tuesday was mild in the afternoon.  Outside work it was. 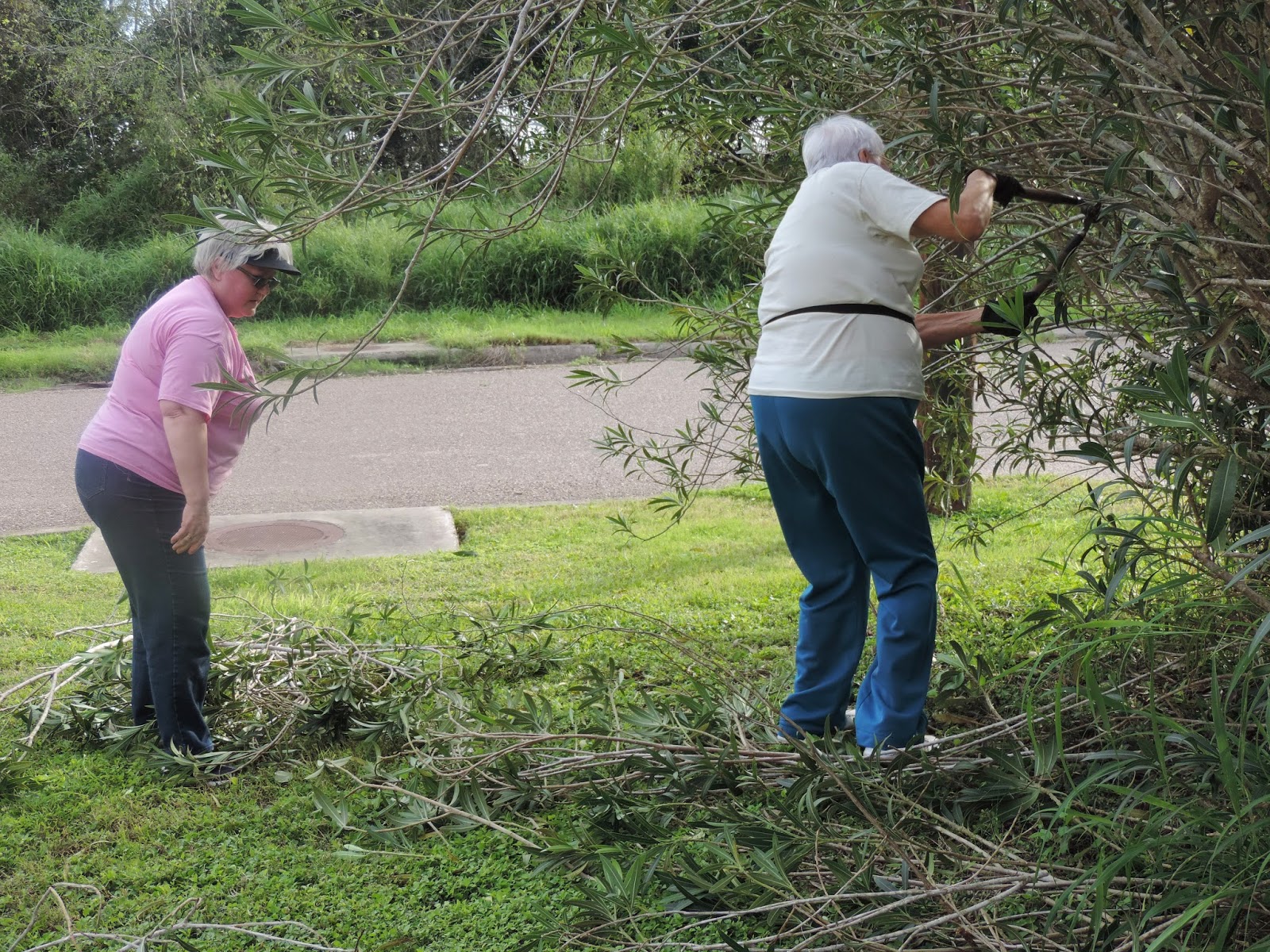 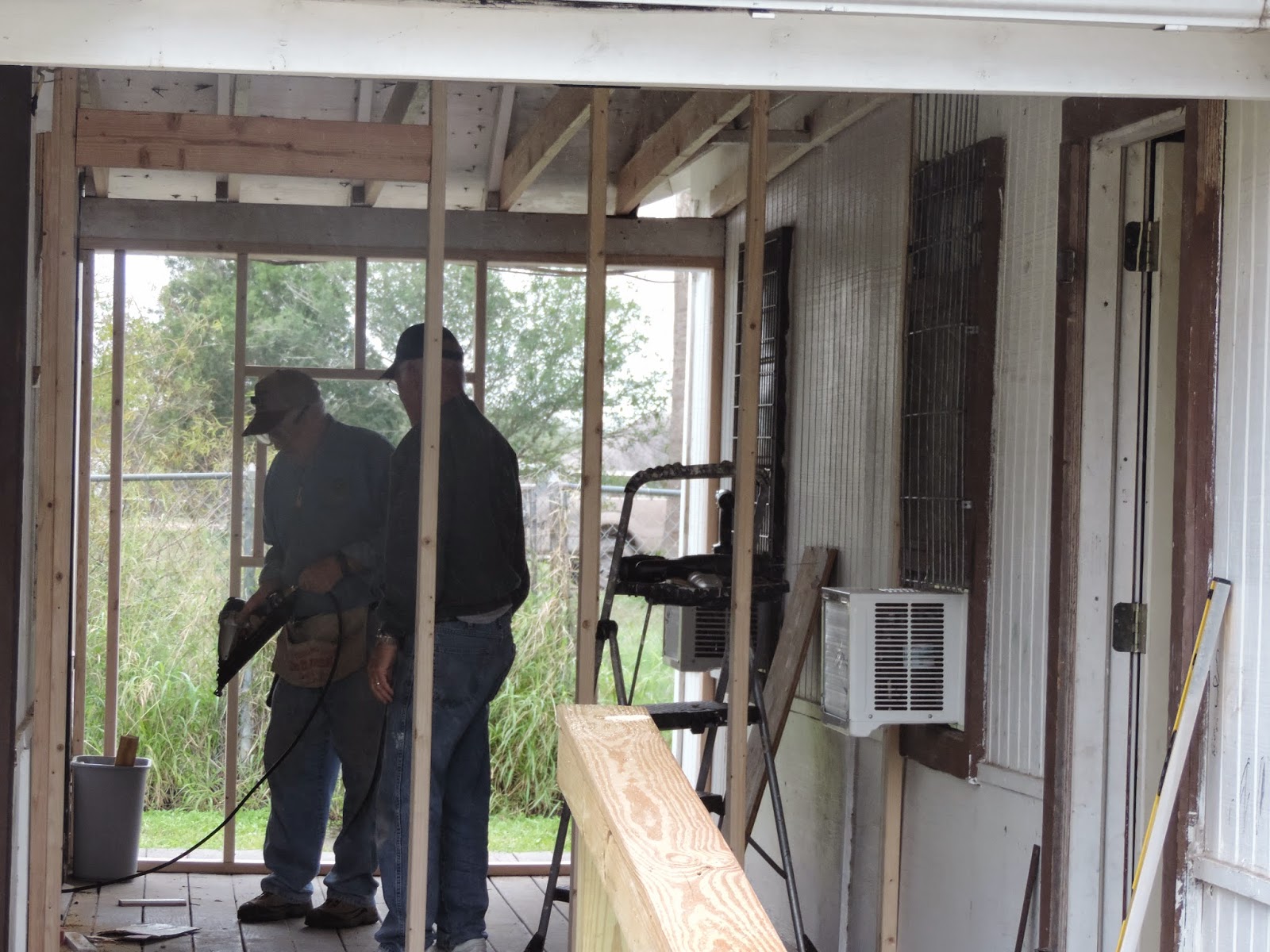 Thursday was same old, same old except the group went to dinner at a fabulous Italian restaurant.

Friday off work.   We grocery shopped and then it was game night 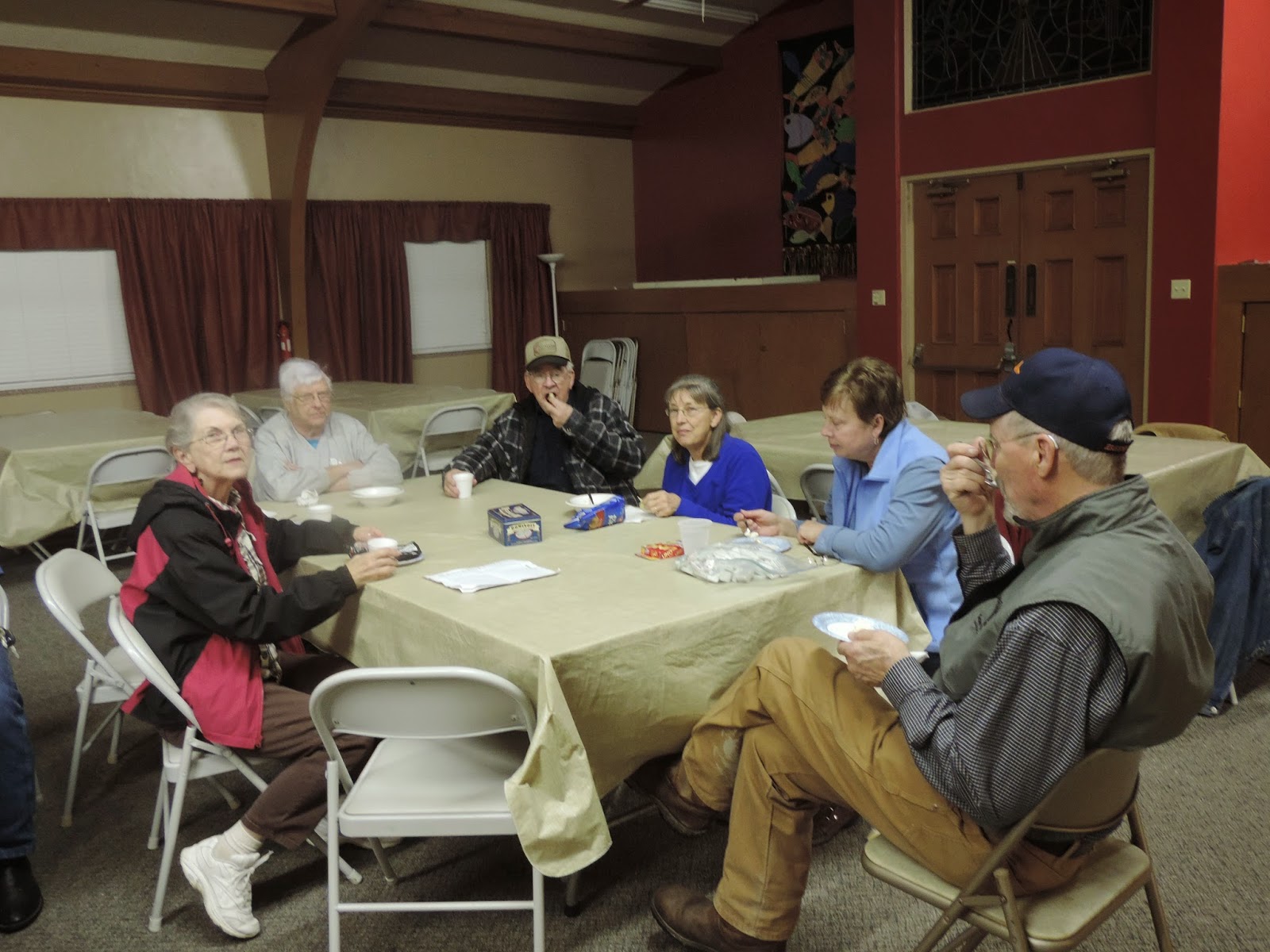 Now it is Saturday.  It poured all night and continues on today.  Thinking we will not even stick ours heads outside the rig.

Here we are in cool Mercedes in the Rio Grande Valley in Texas expecting warmer weather. WRONG!   We start our 6 weeks of volunteering here tomorrow.  More on that later......

We arrived in Vinton, LA on December 5 and settled into a local absolutely no-frills RV park.  During our time in the land of Leonard's childhood we visited with friends and family.

We first visited his oldest brother Royce and sister-in-law Susie bringing them a cabbage and cauliflower from Amish country in Pennsylvania.  Susie took the hint and invited us back for cabbage rolls.   Thank you Susie.

December 11  -  We met up with Jim and Nadine.  This is a couple we met in Tok, Alaska.  How cool when we found they lived in the next town to where Leonard had grown up.   In addition Jim and Len worked at the same time in the 70's at a shipyard in MS and lived in the same small town.  They treated us to a fabulous Mexican dinner over in Beaumont, TX

December 12 -  Keeping up the trend, Lens best friend in school Ron and his lovely wife Nona took us to dinner.   Great seafood!  Even better company 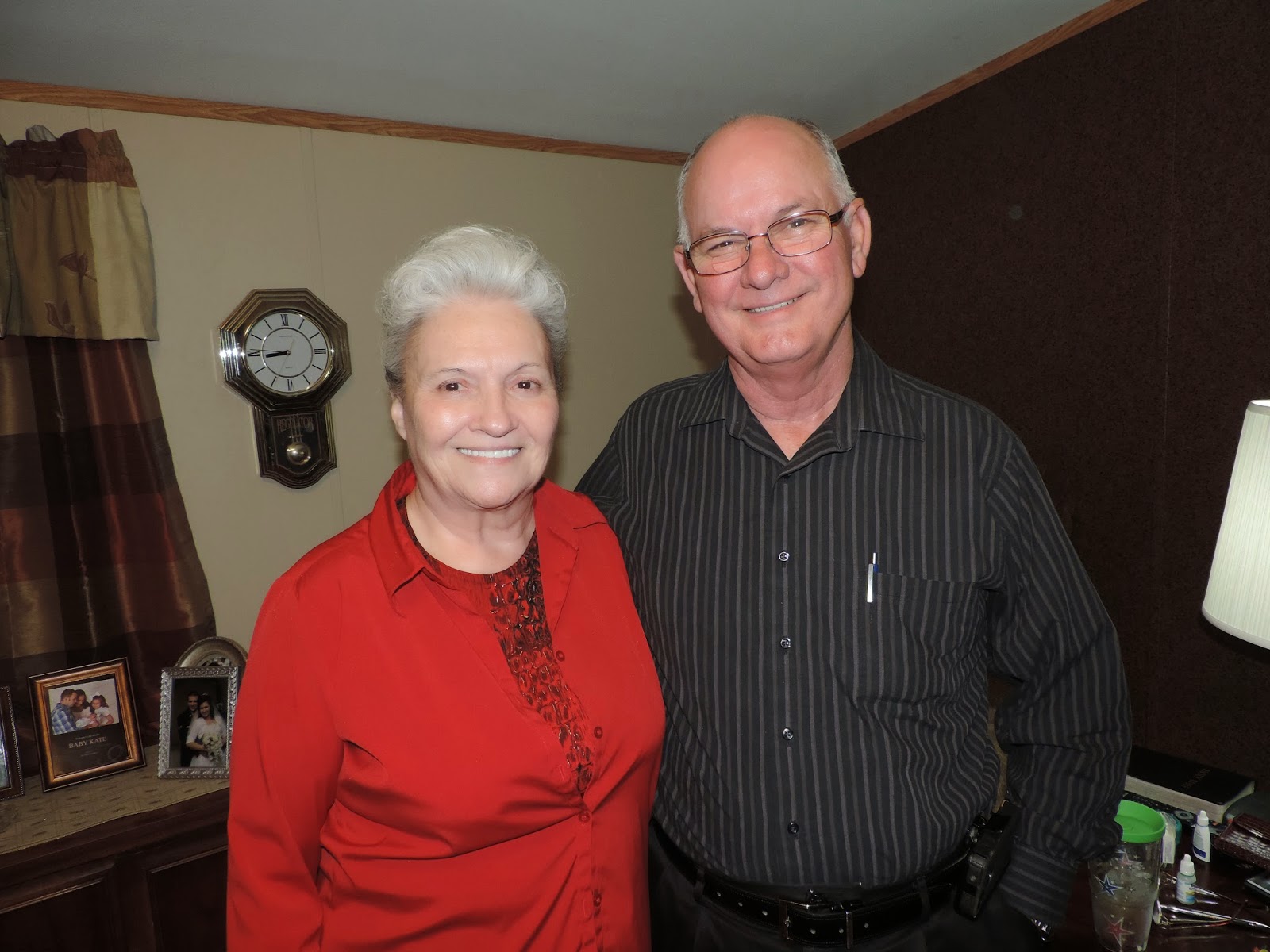 December 13 -  We visited with Len's cousin Russell and his wife Margie.   Always good to see them 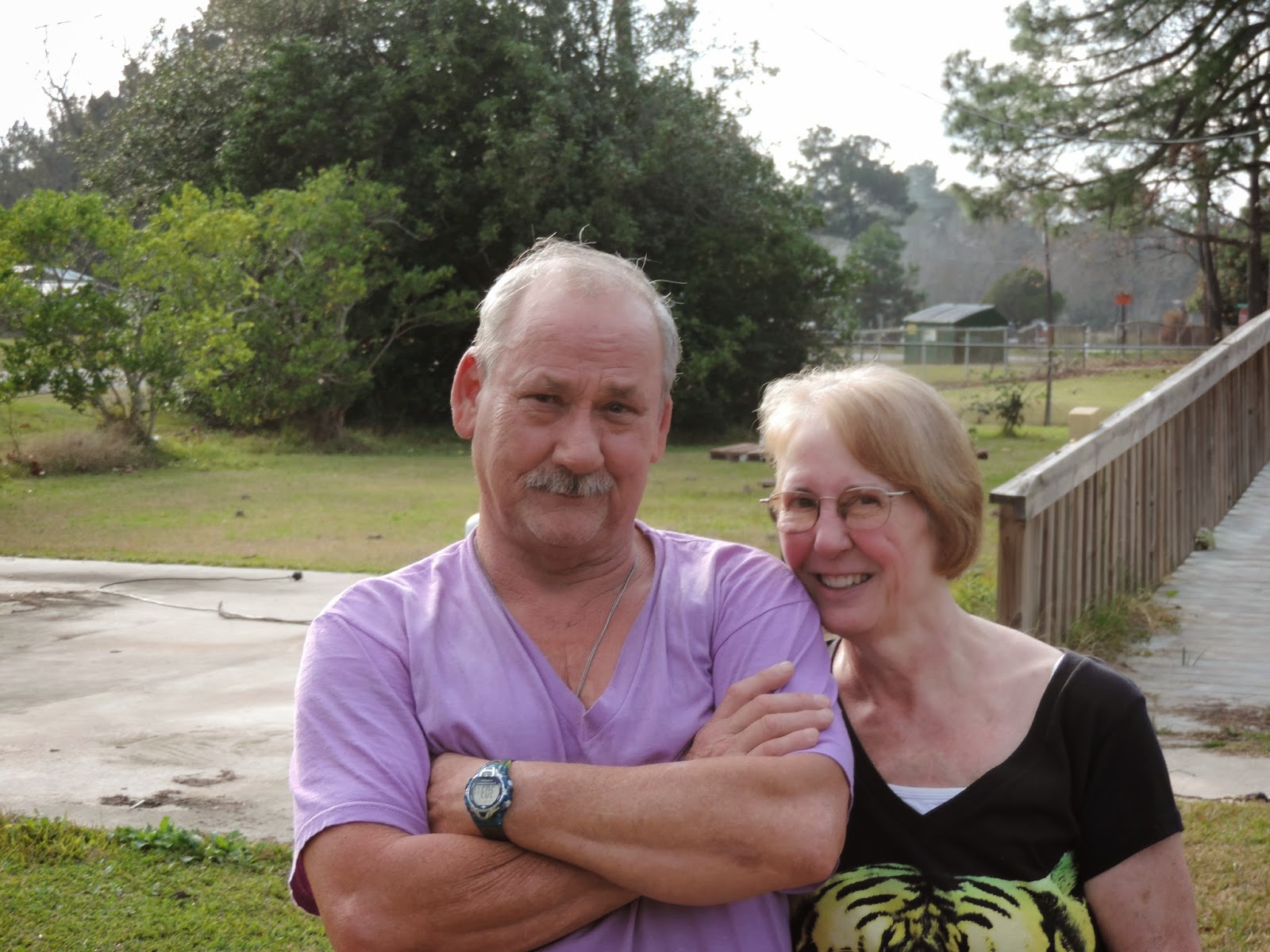 December 17 - Treated to lunch and the company of Roger Templeton the new pastor of the Vinton church and also Christy who is associate pastor of Maplewood United Methodist Church in Sulphur, LA   Great people. 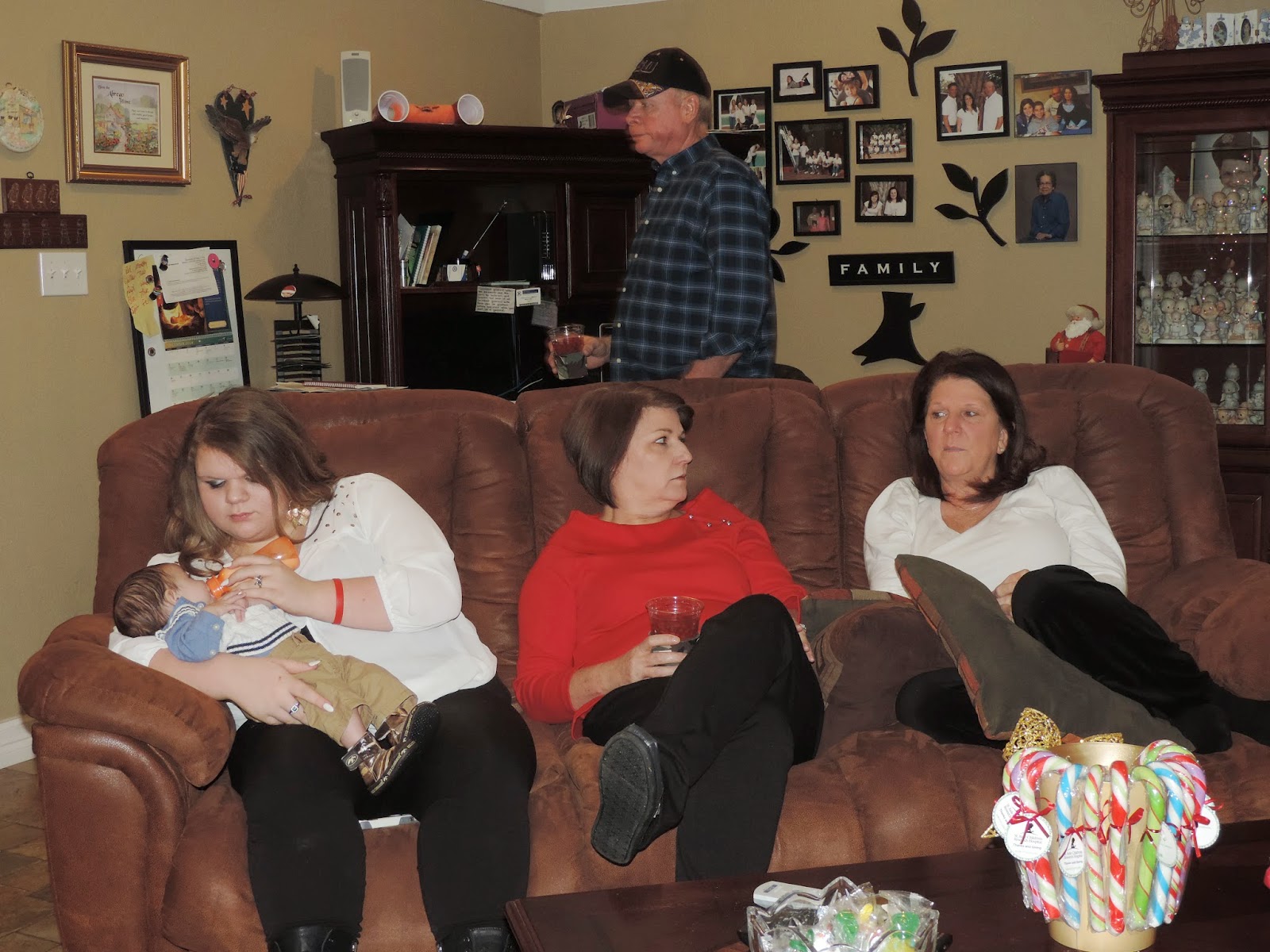 December 22 -  Dinner at our dear friends Diana and Toto.  As always when in the area, we see them often.   (Twice out for lunch).

December 23 -  Visited with Len's cousin Jake who lives on Houston Lake.  These cousins hadn't seen each other in over 15 years.  Nice visit and another lunch treat.   We could really get used to this. 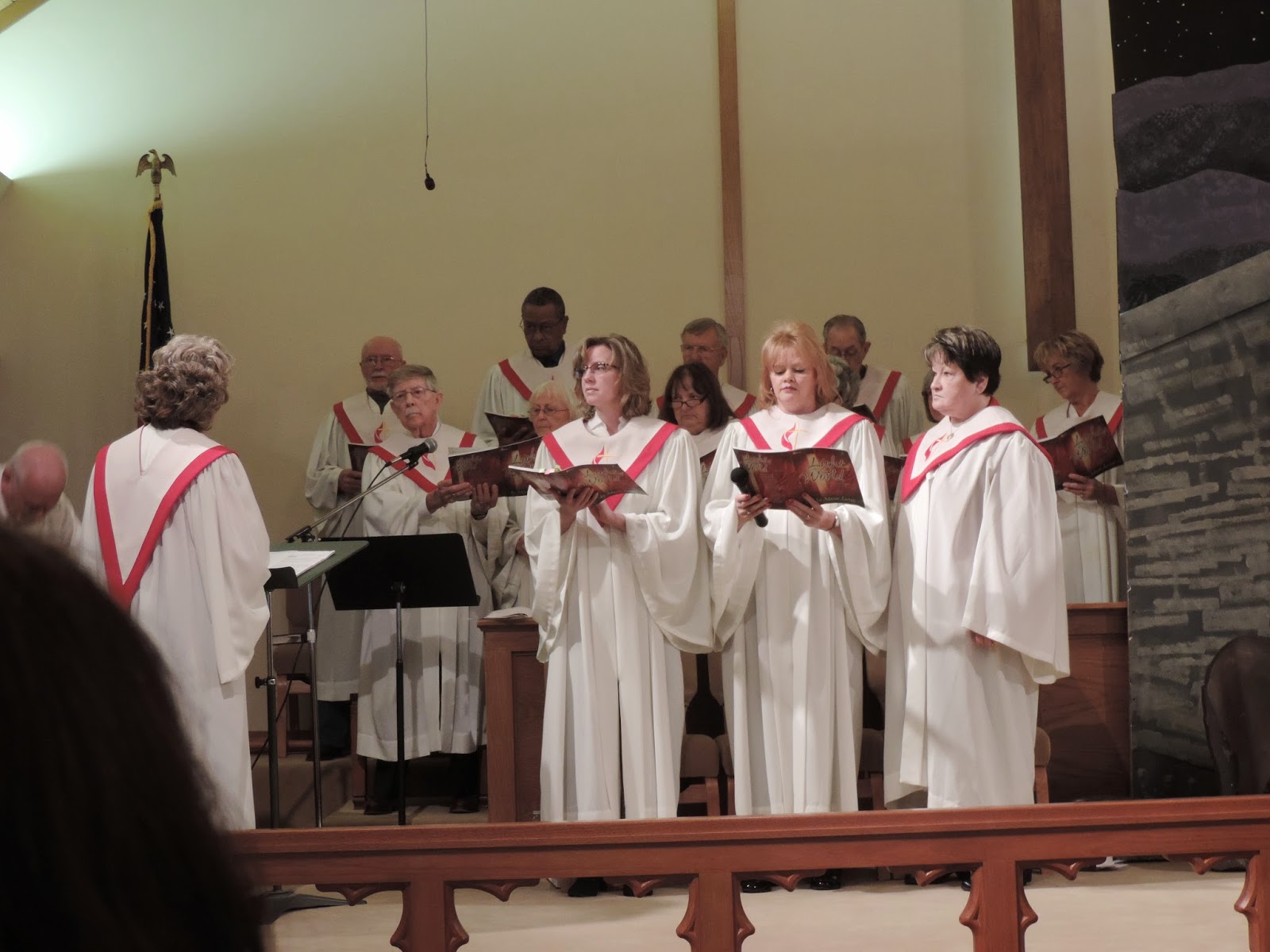 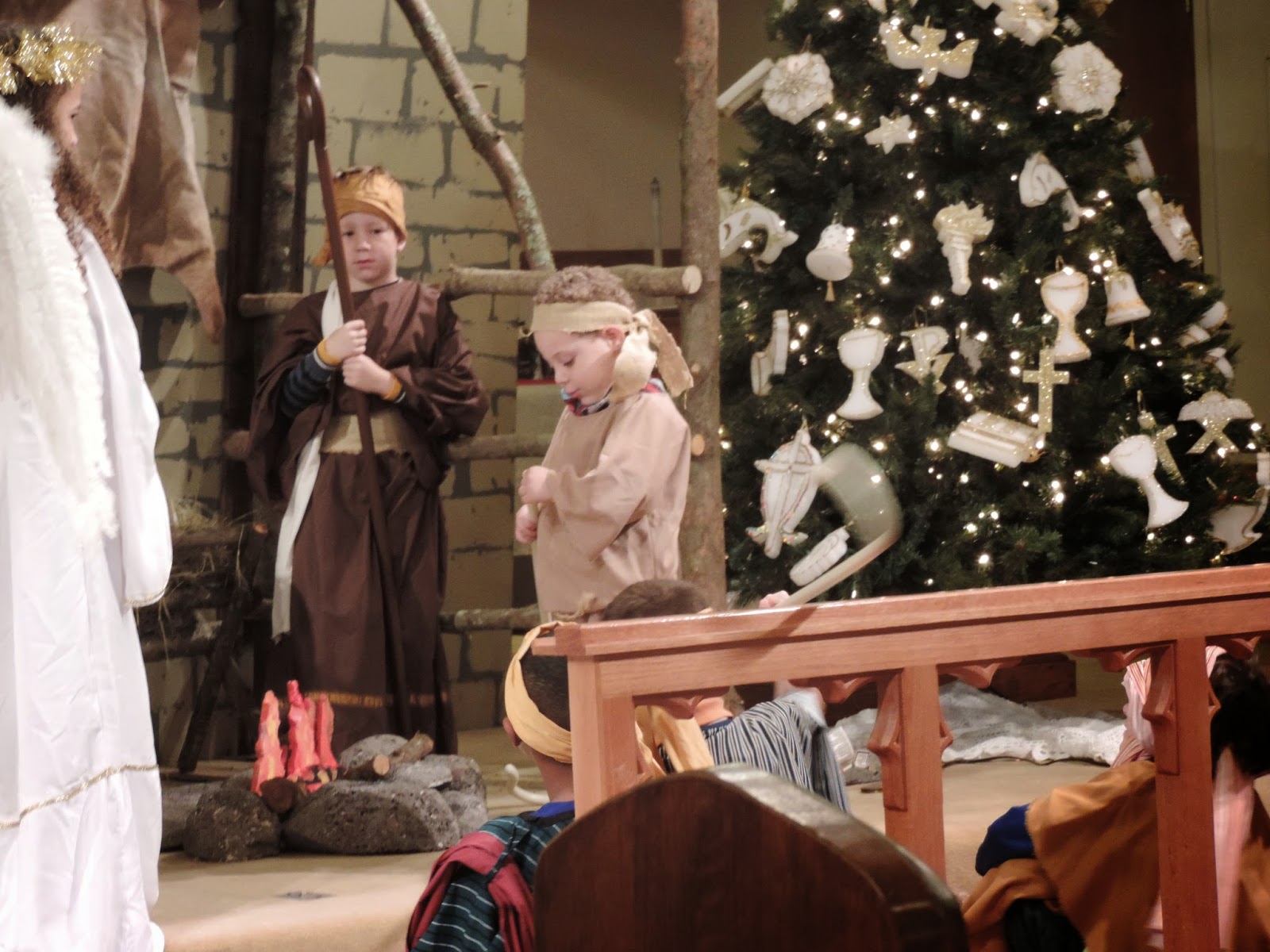 December 25 -  Spending time with daughter D'Juana and family in Pearland, TX  Especially nice was that grandson Jared was home from Marine Corps.    We attended midnight Mass at Co Cathedral in Houston with them. 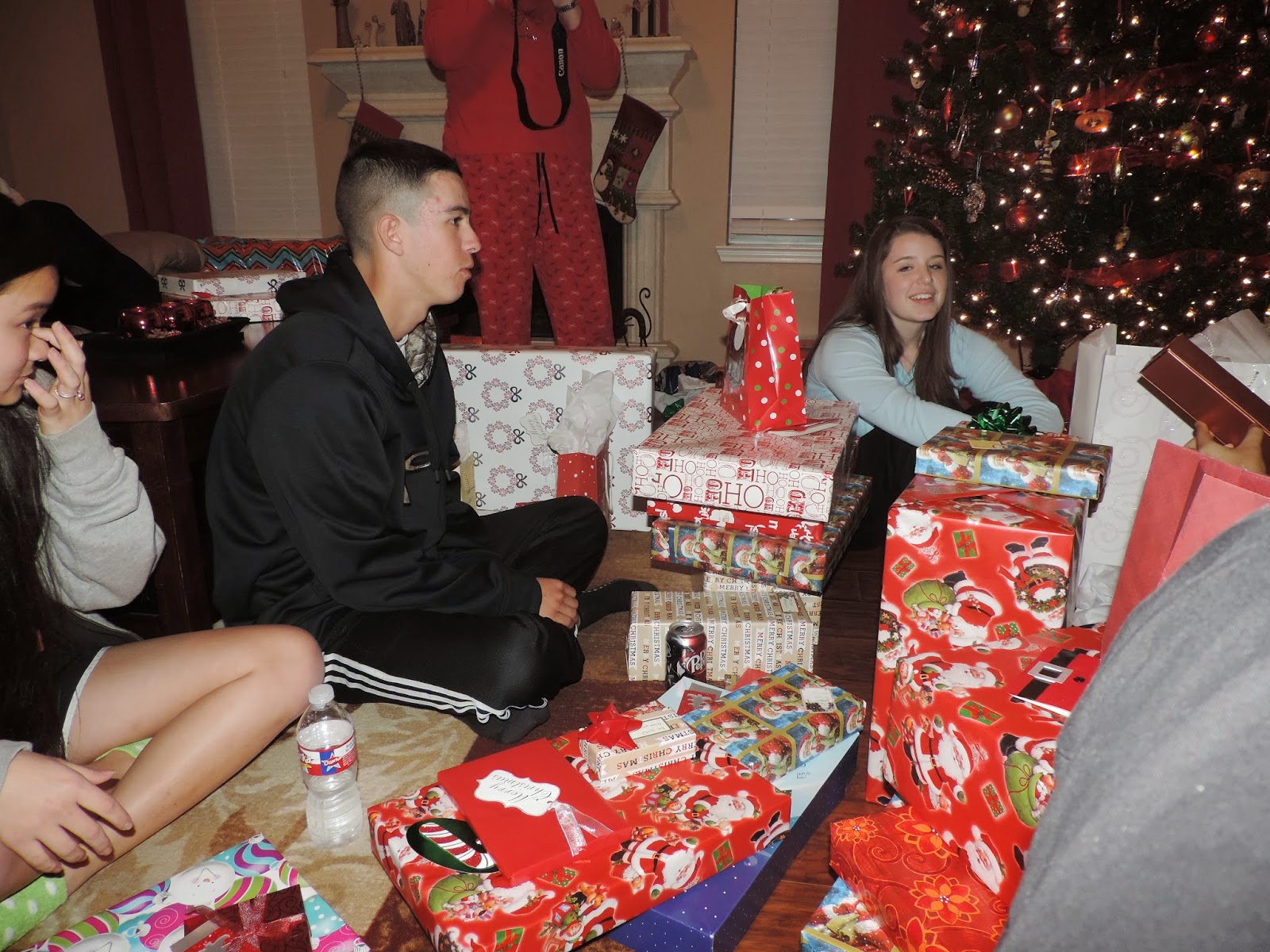 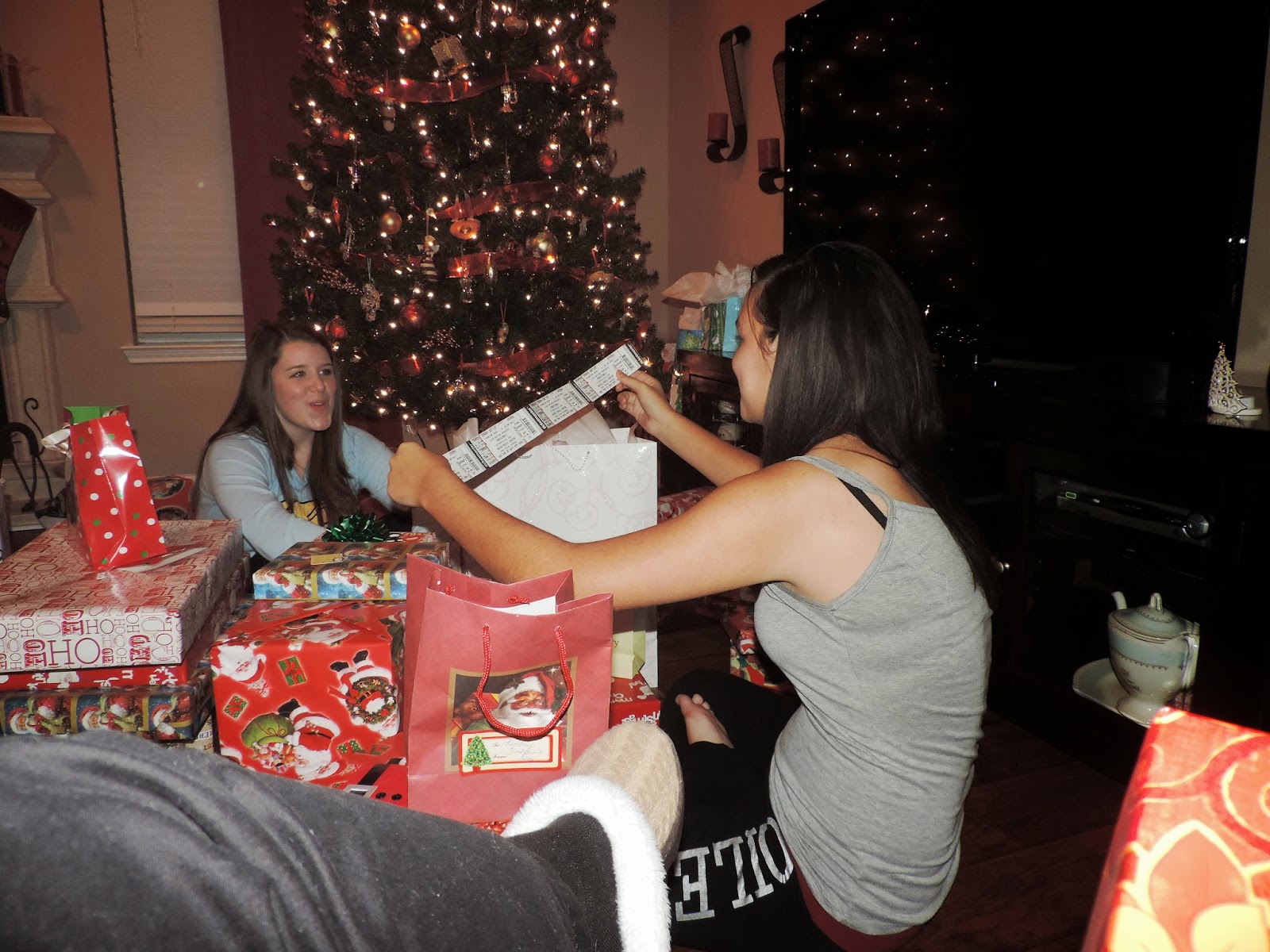 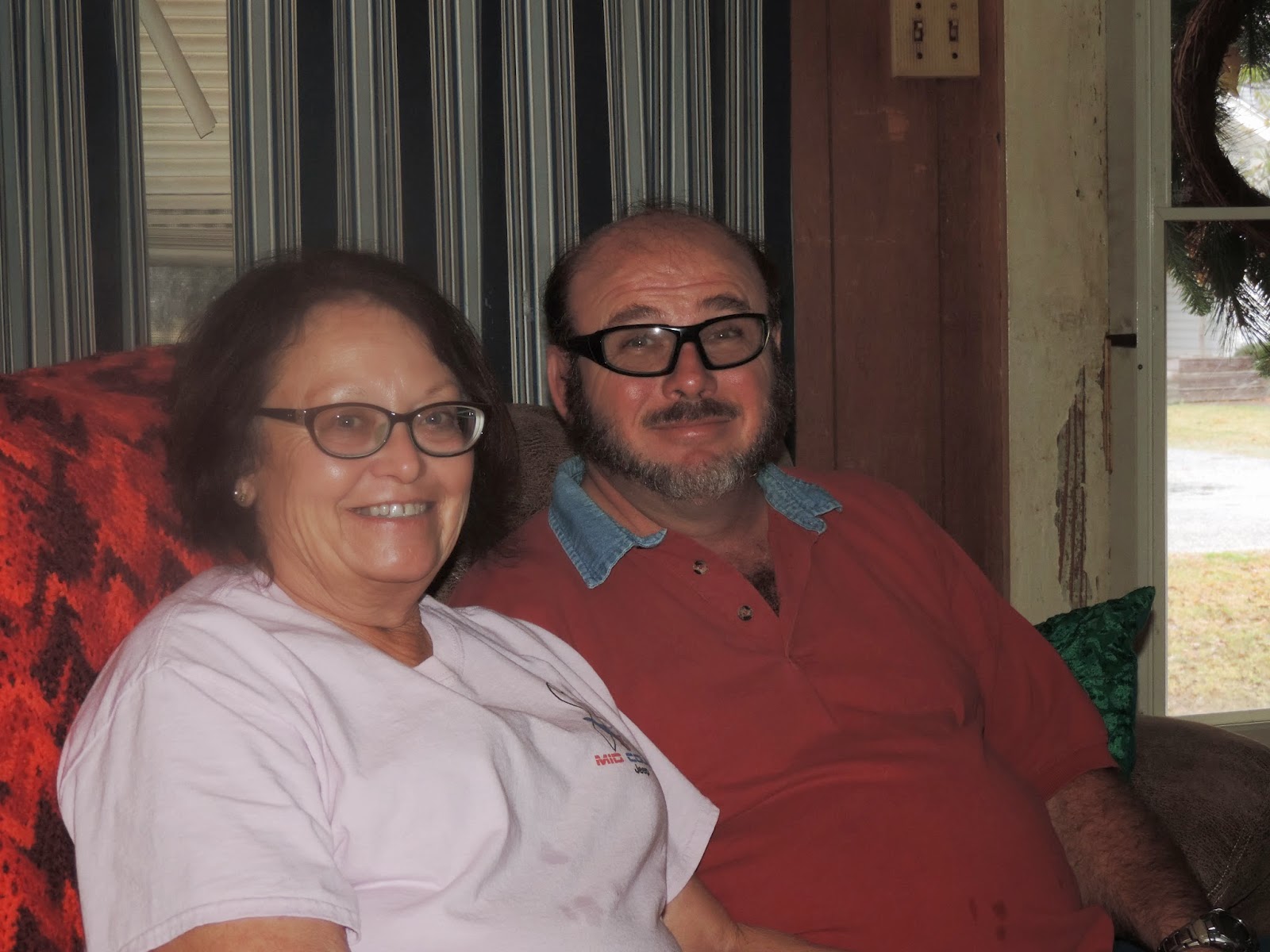 We cherish our dear friends and family in SW Louisiana and various part of Texas and appreciate their hospitality.  We hope your Christmas season was as special.
Posted by Phyllis at 4:41 PM 5 comments: