As most of us agree, one of the pure joys of RVing is meeting folks with the same passion for travel.
So that is just what we did last Friday.

I was fooling around on the RVillage site and queried who might be camped nearby.   I knew Bill Roach and Loretta Perno were somewhere in the area as they used to live in the town where I grew up and I saw their postings on Facebook.

To my pleasant surprise their names came up to being at the closest campground to Upper Deerfield Twp.   A campground where we have camped when we belonged to a Good Sam Chapter.   So I sent Loretta a message via Facebook.

We made arrangements to meet for lunch on Friday 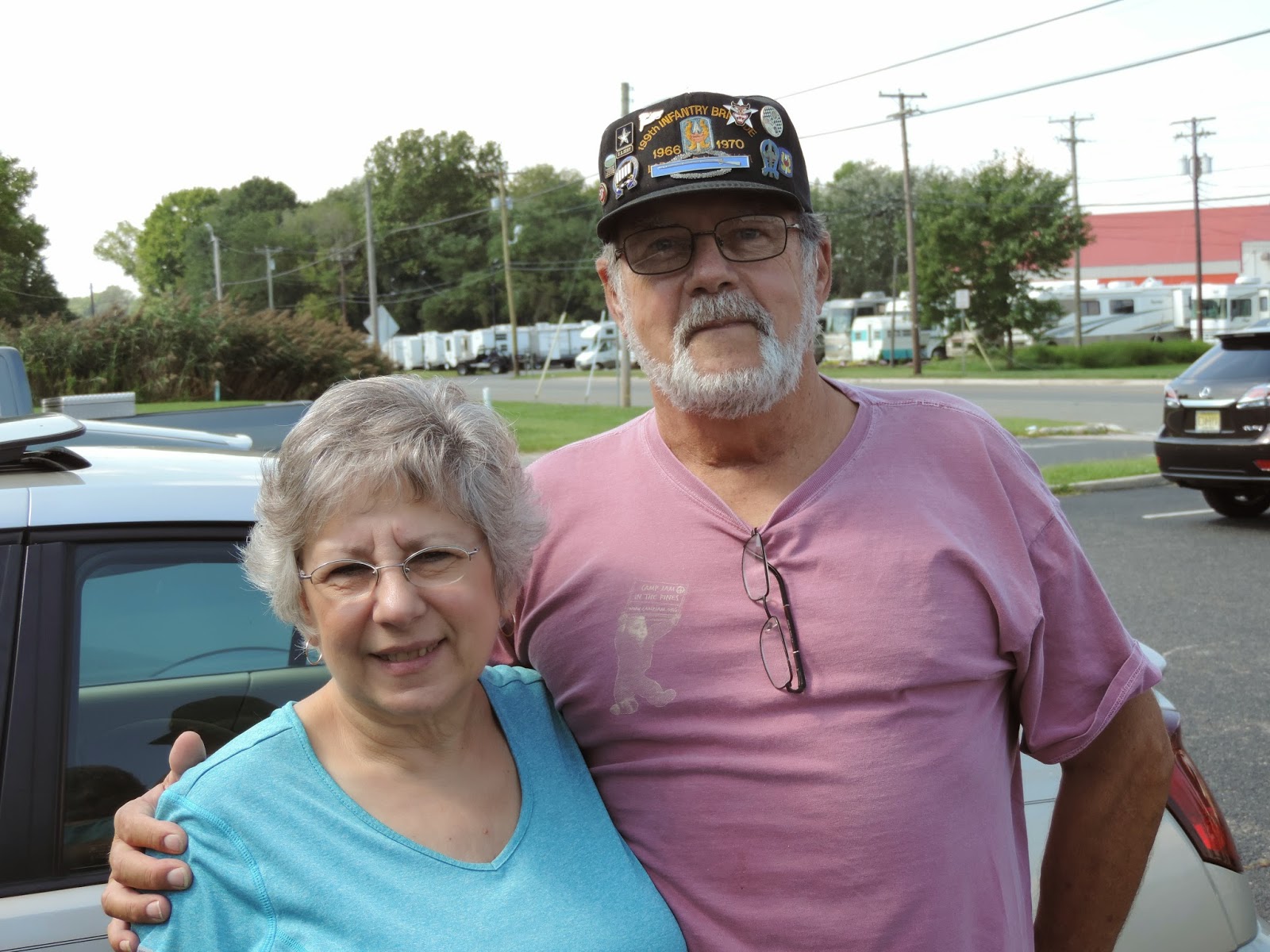 We found so much to talk about our lunch "hour" almost turned into the dinner hour.

Bill and Loretta, thanks for an enjoyable afternoon.   Hope our paths cross again
Posted by Phyllis at 3:40 PM