Back Home in Cullman,  AL


Our Granddaughter Lindsey graduated HS with honors on Friday, June 1. 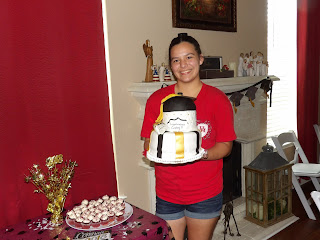 On May May 30 Leonard and I took off for Conroe TX and the Lake Conroe Thousand Trails RV Park.   Nice park.  We've been there several times.   They have expanded with a new lovely looking loop.  However, poor planning.  Many of the sites are so steep to enter motorhomes and many trailers would scrape bottom backing into them.  We tried. No go.  Found a more level site.  The entire time we were there, those several steep sites were unused.

Conroe is about 50 miles from where the family lives in Pearland.    I HATE HOUSTON TRAFFIC.  The graduation was in an arena in Houston.   Took us an hour just to get out of the parking lot. On Saturday D'Juana and Joe had a crawfish boil of their house.  Even on Saturday, this is what to expect.  But Joes brisket and D'Juana's broccoli rice were well worth the trip. 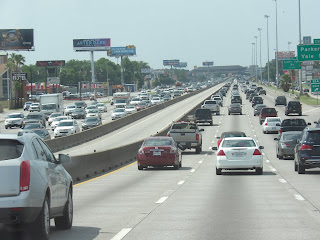 We left Conroe on June 3 and drove to Leonard's hometown of Vinton, LA where we camped for one night only.   We wanted to visit our friend Diana.   Her beloved husband Teaux had passed the week before.  We both adored Teaux.   Diana introduced us to a local Italian Restaurant.   The BEST sauce I've ever had.  We pray for Diana's peace and healing.

Then on June 4 we headed back to Alabama.  We had planned to park a night of the road as it is over 550 miles.  But we both wanted to get home.  So we pushed it a bit.

Glad we did.   As for several previous days Leonard was being bothered by a rash and itching.  It got worse and worse.   Once home, it was so bad we went to the ER in the middle of the night.  We wondered what was causing it.   Then it hit us...... he started taking new meds for gout.  Yup, that was it.  No more meds.   No itch.  No rash.

We were home for a week and a half.  On June 14 we trailered to  WAX COE park near Mammoth Cave, KY. 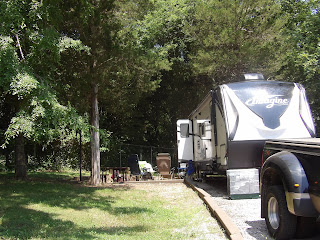 There we met up with daughter Amy and SIL Scott with granddaughters Charlotte and Abby. 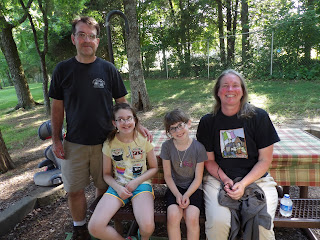 The girls are now with us for about 7 weeks.

Yesterday they helped Grandpop pick up rocks from around the new pond area.  We are loaded with rocks.   Abby got to drive the tractor. 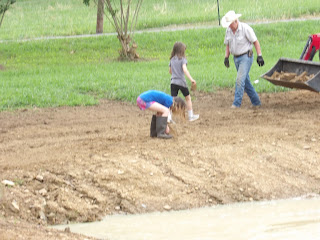 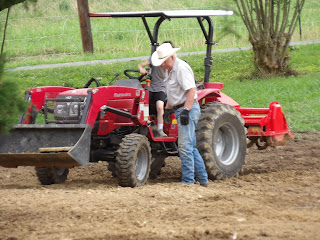 More on the pond at a future posting.