As country music fans we often talked about our wish to attend a performance at the Grand Old Opry.  Especially at the Ryman Auditorium.   Last night that wish came true. 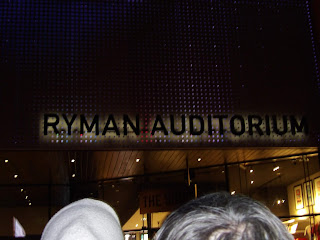 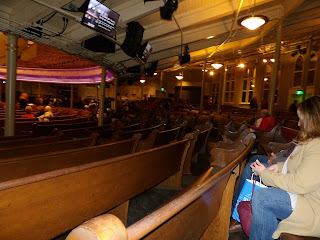 Taken before most of the crowd arrived.   We were packed in tight in those pews,
unlike most church pews on Sunday morning.  There is seating for about 2,100 people.

When we moved to Alabama we realized we lived 150 miles from Nashville.  Great!  We just might visit the Opry some day.   I decided  Leonard's 70th birthday would be a good reason.   When checking the schedule, I found the Friday and Saturday shows are at the Old Ryman during November, December and January.  Next week they move back to the much newer theater The Opry House.   The Opry House opened in March 1974 and seats 4,374 people.

The Ryman is considered the Mother Church of Country Music.  From the outside it sure looks like a church.  Seating is on pews.  More than 100 years of the tradition of country music lives here.  The Ryman opened in November 1925 and the weekend performances are the longest running radio broadcast in the country.

The shows are divided into four segments.  Each segment has a host performer and two additional performers.    The segment starts with a song by the host.   Then two songs by each guest with another song by the host.   There is a 15 minute break after two segments.  There are sponsors for the half hour segment.  At the end of each 30 minutes an announcer reads the "commercial".   Remember, these are live broadcasts so they need commercials that help pay the bill.

The show was opened by Jeanne Seeley.  She became a member of the Grand Ole Opry in 1967! 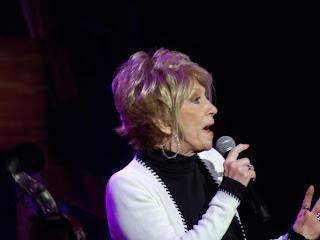 Then she introduced Michael Ray (never heard of him)  He said he just got engaged to singer Carly Pearce (never heard of her either.)   Michael is not a member of the Opry but a guest performer. 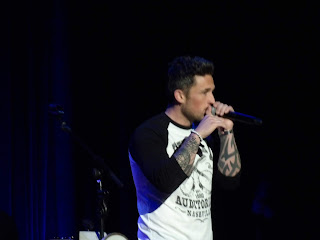 Next was Mike Snider.  Mike was on the banjo backed up by some really talented musicians. Mike said he has been an Opry member for many years. Next a commercial.   The first segment was sponsored by a local Boot Store.  Imagine that!  People living in or visiting Nashville would be buying boots. 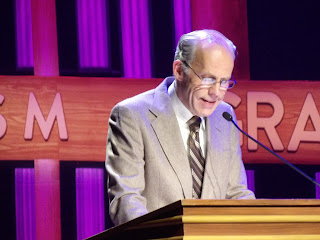 The second host was John Conlee  (think of the songs Rose Colored Glasses and Backside of Thirty). 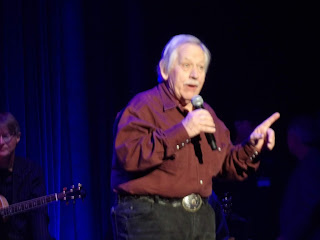 After singing Backside of Thirty he introduced Dailey and Vincent.  Never heard of them either. 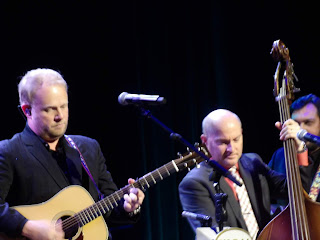 Then came Joe Diffee   (think  Pickup Man and Prop me up by the Junkbox when I die.)  He did sing Pickup Man. 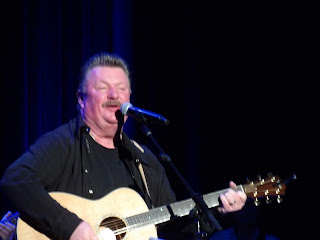 January 25 was the 25th anniversary of Joe's first appearance on the Opry.  Given a commemorative plague by John. 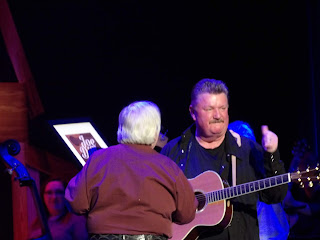 After John Conlee sang another song it was commercial time where a local chicken company was highlighted.   Then a 15 minute break.

The Riders in the Sky were the hosts of the 3rd segment.   They were a hoot.  Not only fabulous music but real funny.  They were the singers on some song about Woody in the 2nd Toy Story movie. Haven't never seen it I can't tell you the name. 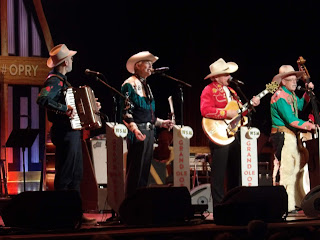 After their first song they introduced The Whites, also long time members.  Sharon White is the wife of Ricky Skaggs. 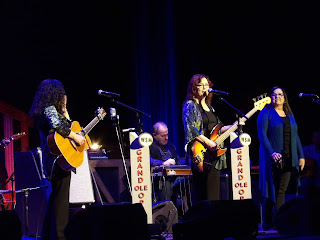 And then Ricky Skaggs with some golden Blue Grass. 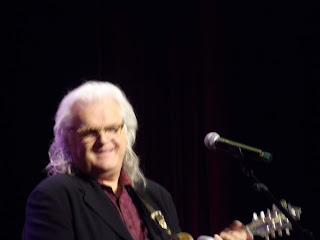 The final half hour.   Host was Vince Gill.   We've seen Vince a few other times and I love his music (Nobody Answers, etc.)   I was a bit disappointed this time.  He sang a Willie Nelson song.  I really don't remember which one. 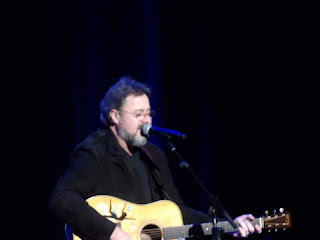 Commercial time.  Humana was the sponsor. 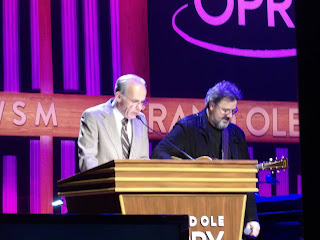 Vince introduced another guest singer.  Dom Flemons.  He brought the house down with his banjo and harmonica.  He sang a couple of old songs that slaves sang around the Civil War era. 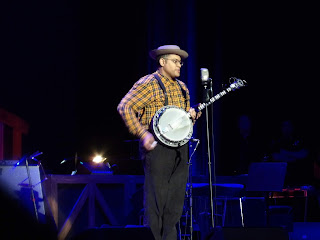 Final act was Crystal Gayle.  Last time I saw her her hair was touching the floor.  It's still long but not as long.  She sang Don't you turn my brown eyes blue.  The song that made her famous. 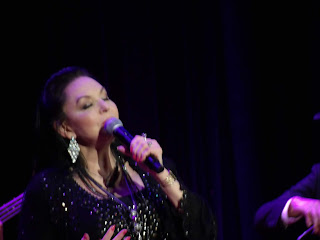 I don't know what song Vince was going to end with but he decided to have Dom Flemons come back on stage to pick the banjo while Vince played guitar and they sang a song about black eye peas and cornbread. 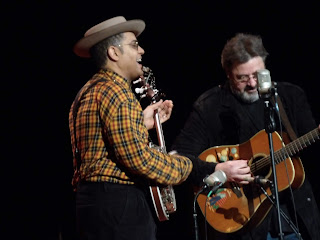 We so much enjoyed the show.  Only real complaint was how close we had to sit on those pews.  Would be much more comfortable if one less person was seated on each pew but realize a venue this small needs as many seats filled as possible.

Gotta have to go back again.