Reflections of the RV life


As I sit here reflecting on our 7 years on the road, I am wondering about folks like us that lived their dream of traveling the country in an RV and are now settled down to a house or apartment.    Many of those people we met starting in 2010 have settled down in the last couple of years.

Our story:     We purchased a used 1988 motorhome back in 2005.  We did this to see if we would really enjoy vacations "camping".   One of the first places we traveled to was  Charlottesville VA.   We met a delightful couple ( Ursula and Carl) who were work camping there and living in their fifth wheel trailer.   We had never heard of people who actually lived in an RV.  We were horrified and went away laughing and shaking our heads.      Their story got me thinking.  And researching.

We decided if we were to camp more often we would buy a fifthwheel trailer.  Our first was a 2002 Cedar Creek that we bought used in 2007.    By 2009 we had decided that when we retired within the next year we would travel fulltime.    We sold our house and property to my daughter and husband. 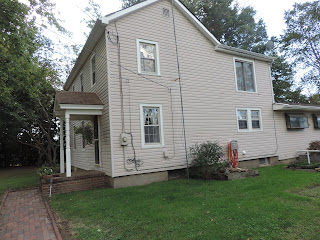 We moved into the Cedar Creek at a small nearby year round RV park.   Then came winter.   The winds whipped through the rig.   We practically froze.   We needed something better insulated. 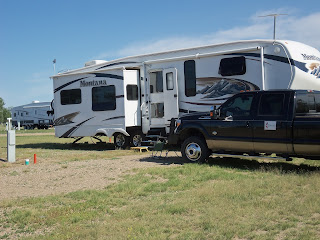 We loved that Montana.   Warm, cozy, nothing ever broke.   Wish we realized what a gem we had.  We traveled the country.   We started our full time life on the road and volunteering as a Nomad.   NOMADSUMC.ORG

But time moved on.   In 2014 we were parked at our daughters house in NJ.  We were bored.  Let's go LOOK at RVs.   Not buying.  Definitely not buying.

Moving from Montana to 2014 Cedar Creek 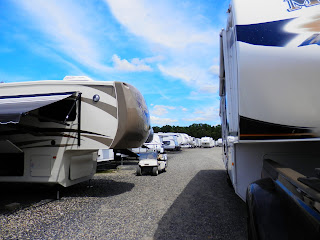 There were definite improvements.   Self leveling jacks.   Much larger bedroom closet and a residential fridge with ice maker.   Luxury.    Now the cons:     It set an inch and half unlevel.   Tires were getting ate up.  We talked to the manufacturer.  They told us to move things around.   WHAT????  Perhaps all the cabinets, the stove, the fridge, the water heater, the entertainment unit??  Had they never been in an RV?  Didn't they design this one?   We ended up changing out the axles at a cost of over $5,000. 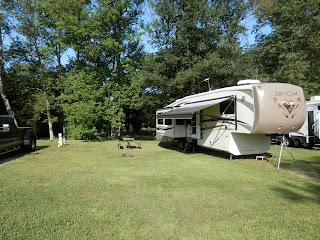 Two years later we decided to look again.  We thought we found the perfect unit.  We loved the floor plan.   So much room. 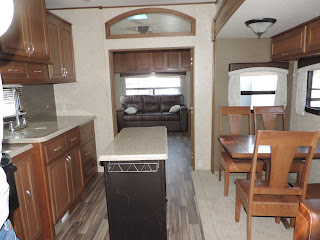 The living area provided privacy when we had guests by closing the doors.   The storage was unbelievable.   There was a TV in the living room, over the fridge in the kitchen and the bedroom.  There were sofa beds in living room and kitchen.  That island is on wheels so we moved it to an open wall by the door giving so much more kitchen space.

Trading in the Cedar Creek for the Open Range. 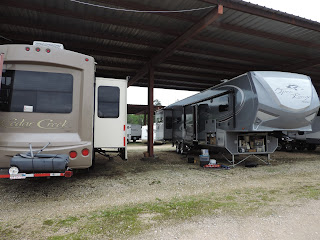 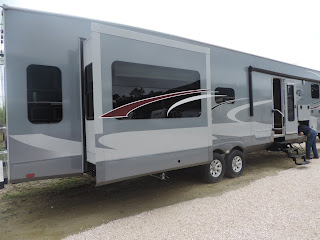 We were in heaven.   For a while.  Then heaven turned to hell. 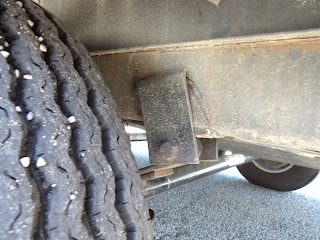 A crack appeared on the slide near the bedroom window.   It was taken to the shop 3 times and "repaired" only to crack again. 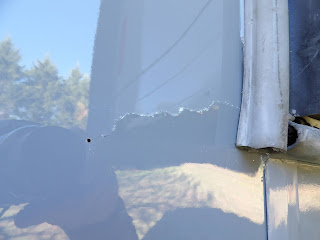 The refrigerator was to run off the inverter when not plugged into shore power.  Sometimes it did, often it did not. 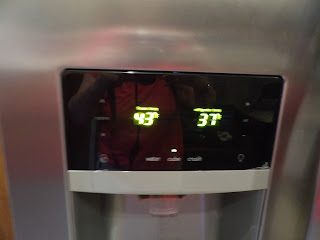 Finally the last straw.   The floor rotten out from the dining area and progressed into the living room.

Highland Ridge came to an Alabama dealer and picked up to rig in November 2017 to perform the repairs.    We had to pick it up and inspect the rig.   Finally in March of 2018 when the weather broke we drove up to Indiana.    We were thrilled.   It looked beautiful.  They even fixed damage we had done to it when Leonard backed up into our carport.   The thrill was short lived.

We drove 200 miles and were in Indianapolis when a SPRING HANGER BROKE.   We called Highland Ridge.  They sent out mechanics the next day.  Yeah one had broke and we were told another one was about to break.     The hangers were fixed and we held our breath all the way to the dealer in Alabama and traded the beautiful Open Range for a travel trailer.

We were no longer fulltimers having bought our home in December 2016.   We just wanted an RV for vacations and short trips. 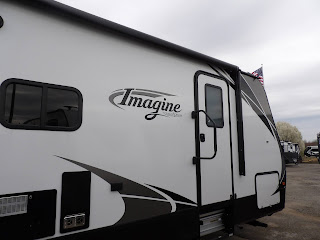 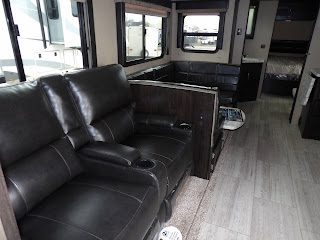 Comfortable but no self leveling jacks, no counter space, no huge closets, no residential fridge.  But it was suitable for how we planned to use it.   It had a  nice bunk room which our granddaughters loved.   On one side were the bunks and the other side had a sofa which could be folded out and another bunk bed overhead that was folded up when not needed.  Also a TV.   And the unit had an outside kitchen with small fridge, microwave and two burner stove and good amount of storage.

We traveled a few times in it before it became evident that we could no longer RV and a better option would be to get a car.   We only had the F350 dually.  The addition of a small car would be nice.  No, we did not get rid of the truck.   We sold the trailer and got a Ford Escape.

Our decision was really made for us.   Len has both heart and lung disease and two torn shoulders.  He can no longer easily set up and tear down the RV.   It was time.

Do we miss it?   Sometimes.   Are we sorry we spent our time on the road?  No way.   But our greatest regret is not keeping the Montana.   Looking back we could have changed out the RV fridge to a residential and had self leveling jacks installed.   And have a unit that we could depend on.  And lots more money in investments.    Can't look back, only forward.

Our RVing friends, what is your story?