The bottom of New Jersey

Sunset Beach at Cape May Point is at the southern tip of NJ.  This position allows visitors to view the sunsets with a 100% obscured horizon line.    Across the Bay is Lewes, Delaware.

Cape May was ideally situated as a look out for enemy ships during World War II.  Still located here in a lookout tower and this bunker. 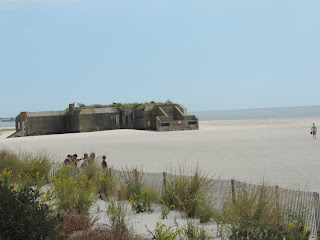 It seems like only a few years ago this bunker was surrounded by water.  But due to shifting shore lines and replenishing of the beach it is now entirely on land.  Then for a while it was only partially in water.  At that time there were picnic tables on top side and it was a favorite of fishermen.  It is now barricaded and entry is prohibited.

Due to a shortage of steel during WWI, the federal government experimented with concrete ships.  Twelve were built.  The Atlantus was launched in November 1918.  At the end of the war, steel ships were again available.  The Atlantus was sent to the bone yard in Norfolk, VA and later purchased by a salvage company.

In 1926 the Atlantus was towed to Cape May with a plan to use it as a ferry to Lewes.  However the Atlantus broke loose of her moorings during a storm and went aground.  Attempts to move her were unsuccessful.  So there she remains.

When I was a child in the late 40's and 50's and even into the 60's she was still recognized as a ship.  She, too, was much further from the shore due to the shift of shoreline.  Not much of the ship remains.  Every time I visit the area, less is left.   Soon she will be gone, no doubt. 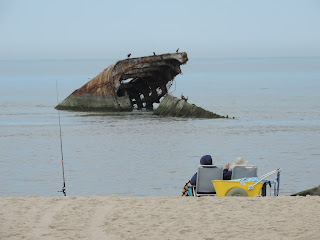 We did not see any the day we visited, but dolphins are plentiful in this area.  A dolphin viewing excursion. 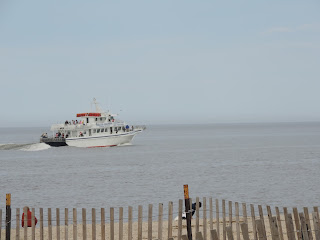 As she is camping again right behind us, my sister, Debbie,  was with us when we drove down to Cape May last week.  September and October are definitely the best months to visit the Southern Jersey shore.    Mild weather (provided no hurricanes) and no crowds. 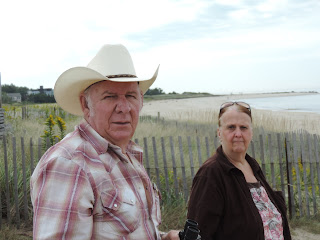 Cape May is a favorite site for "birders".   We could see two Eagles soaring above but they were not close enough to get a good picture.   But these pretties were aplenty. 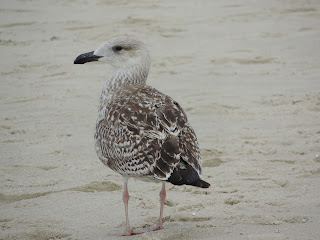 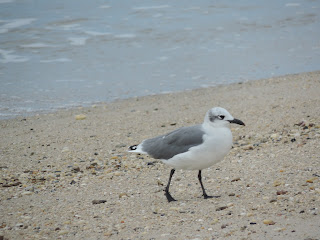 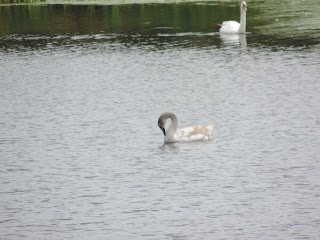