Yesterday we left Tioga, PA and drove a pleasant 100 miles to 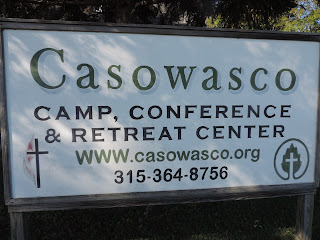 where we will lead a three week NOMADS project starting on Monday, September 26.

The winding road into the campground was long and steep.   We could see it had been recently paved. We were but a short way in when we came upon the paving company spreading paving compound along the edges.   Not able to get around, we followed this process for about 1/2 hour.   It is a two man operation.  One was the driver, the other this man operating a remote that controlled the direction and amount of compound on to the road. 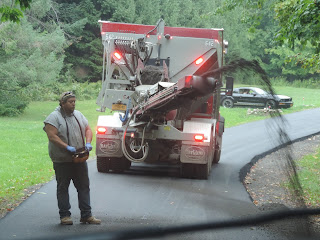 Note the car in the background.  It was coming from the camp and in attempting to turn around got somewhat stuck.   The passenger got out and pushed while the driver maneuvered the car got back on to the asphalt.

Once we got to the where we will be parked for the next 3 weeks it was another challenge.  We are parked in their rather small parking lot.  There will be 4 rigs, of which we are the largest.  As there is a quilting retreat going on now, the parking lot is full.  The camp manager found several quilters and had them move their cars so we could pull in and back up. 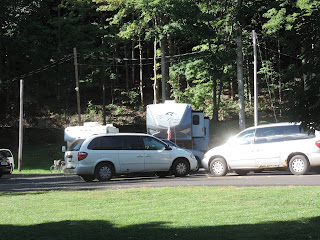 Two more rigs arrive tomorrow. We notified them to come after 2 as by that time the parking lot will be almost empty.  The other RV in the parking lot is a NOMAD couple (Mike and Susan).  They came early as Susan is attending the Quilting retreat.

Once we got set up, the camp director Kevin took Len and me on a short tour of the grounds and a review of what needs to be done.  More of that later.

I want to show you this incredible property.    It sits on  Owasco Lake, one of NY's Finger Lakes.   This was of property of Theodore Case who was into real estate, railroads and an inventor.  He invented the technology to bring sound and motion pictures together.  Movietone became 20th Century Fox-Case Corporation. 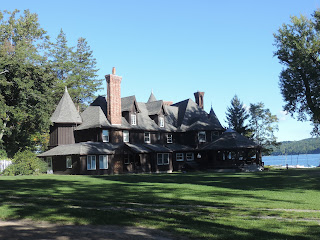 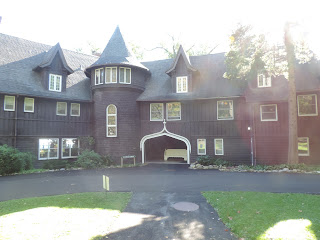 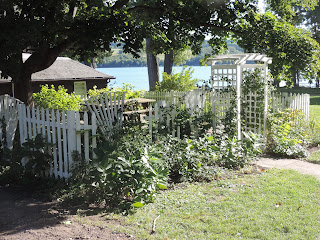 At one time a RR ran through the property.  The station 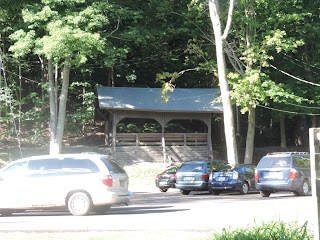 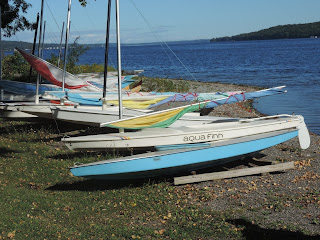 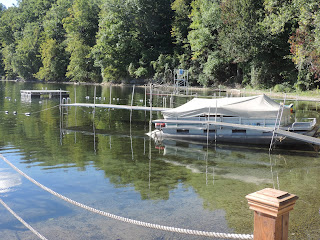 I love the lake grasses in the clear waters 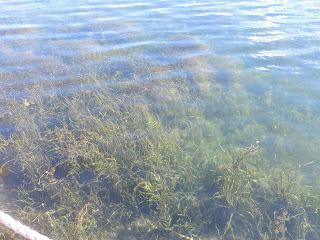 In 1946 the 73 acres and one mile of shore line was sold to the New York Methodist Conference for well before market value with two stipulations.   It was to be named for the Case Family.  Hence Case/Owasco = Casowasco.   And that it serve youth and children.

As we work on the various buildings in the next two weeks I will be posting more pictures.  In the meantime, I leave you with a picture of the Chapel. 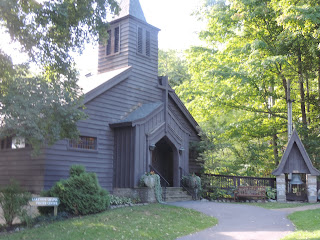 Gonna like it here.
Posted by Phyllis at 9:59 AM