Last Monday I received a phone call that I never thought I would get or ever wanted to get.  My nephew JR (brothers son) called from New Jersey to tell me my brother, Norman, had passed in his sleep.

Norman just turned 67 two weeks ago.  This was completely unexpected and a shock to us all.

Within hours of getting the call, we were packed and headed north.  I have two nephews (my sisters sons) who live in Wytheville, VA.  When we travel north without towing a rig, we stay at my nephew Jason's house.  From our home in Alabama to Jason and Kelly's it is 405 miles.  Then it is 420 miles to where we stay in NJ.    When we were much younger we would travel that distance straight through but with age and blood clots in Leonard's legs it is no longer feasible.

We arrived in Upper Deerfield NJ at our friends Shirley and Lyn around 4 pm on Tuesday.  From there we drove about 22 miles to my sisters, had dinner, and then to my brothers house where family and friends had gathered.

The viewing was Friday with burial on Saturday.   I was so pleased at the large crowd of people who came to pay their respects.   Norm was a member of a volunteer fire company, a Mason and a member to Tall Cedars.   There was a Masonic ceremony Friday.  We were told this was the largest attendance at a viewing of this group of Masons.  Norm also was a longtime member of the local United Methodist Church.   The three of us grew up across the street from this church.  They have a fund raiser breakfast once a month.  Norm was the Omelet Station Man.    He was also a member of two antique car clubs.   In several of these organizations he held various offices including president.

Norm had a full weekend prior to his death early Monday.  Saturday he was at his omelet station.  On Sunday he helped his grandson move and played with his only great-grandchild.  On Saturday night he was out with a dear friend.  Never a hint of any health issue.


Norm, his friend Donna and our sister Debbie in June 2017 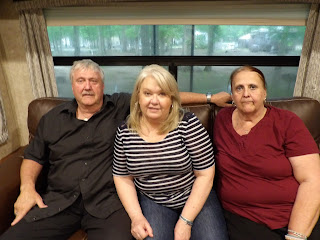 All dressed up for his Grandsons wedding two years ago. 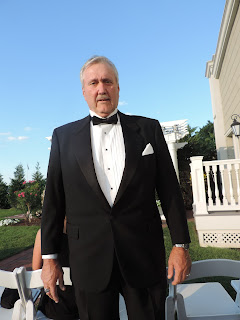 Norm, me and Debbie at my daughter Terri's between Thanksgiving and Christmas 2015 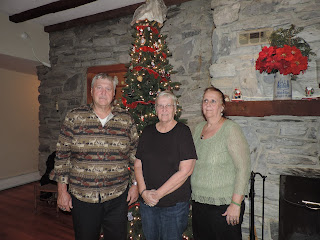 At his house.   Norm and Len with three of Norms grandchildren. 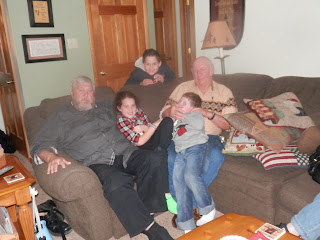 Norm and I stayed in contact when Len and I traveled fulltime.  We would never go more than a few weeks without reaching out to the other.   We hoped there would come a time soon when he would visit us here in Alabama.

Everyone said that Norm would never turn down a chance of assist someone.   In 2014 when I had a stroke in Alaska he volunteered to come to Alaska and help Leonard drive back to the northeast.  He did just that.   He was just like that..... always doing what he could to help others.  I am proud that I was the sister of Norman Richard Fowler, Sr.