I could do this job!


Okay... so we had lots of trees taken down last week.    Then we were left with lots of stumps all over the property.   Six of them were out along the road.   Those trees were taken down before we moved in.  There was a double wide trailer sitting behind them.   For the trailer to be removed, the trees were cut down, leaving stumps.  Hated mowing around them.

We had two dead trees fall and three more dead ones we had taken down.  All leaving stumps.  In addition there were more stumps the previous owner left in the yard and were a nuisance when mowing.

The tree removal folks gave us a number to call of a stump grinding service.  He came yesterday to check out what we needed and ended up doing it on the spot.

By my count he removed 13 medium size stumps and one huge one.

He works by remote control.    His stump grinder looks like a puppy following him around the yard. 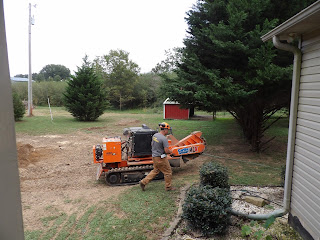 Working on the biggest stump 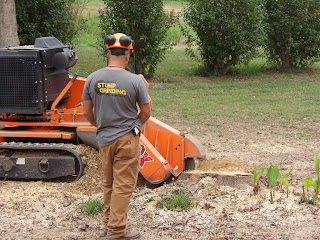 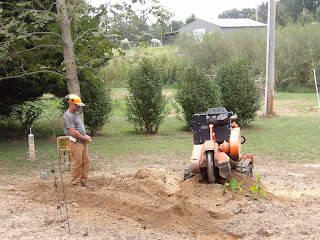 It's gone!  Just dirt and wood chips to rake out.  Then plant grass. 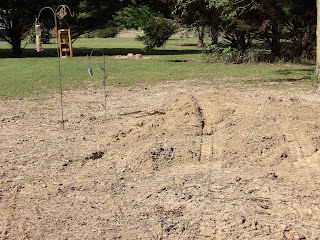 Another hole minus the stump. 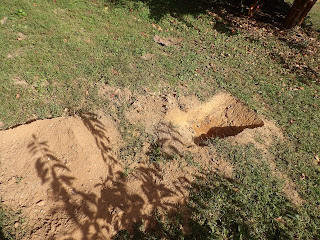 He loads and unloads the grinder on the trailer by remote control too.   Yea, I could do this job.  That's IF I wanted to work.