History Lessons at the Lyric

Last night Leonard and I attended, with our friends Vic and Stephanie Buchanan, a talk at the Lyric Theater in downtown Birmingham.

What a lovely venue.  The Lyric was built in 1914.   It is not a real large building but quite stately.  I am so sorry the pictures came out blurry.

Looking up at the  balcony. 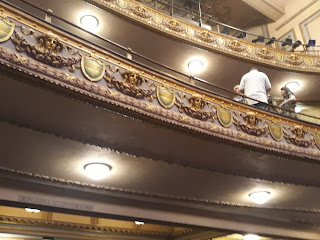 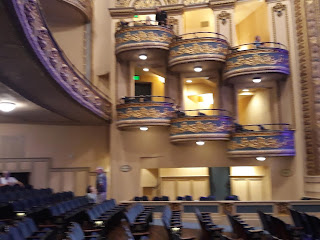 The ceiling in the lobby 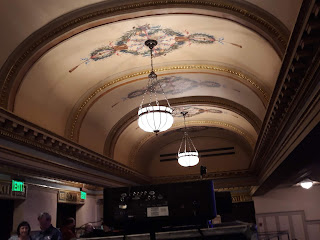 We were on the ground floor, center section only 4 rows from the stage.   Terrific seats.

The speaker for the night was Brian Kilmeade one of the hosts of the morning program Fox and Friends. 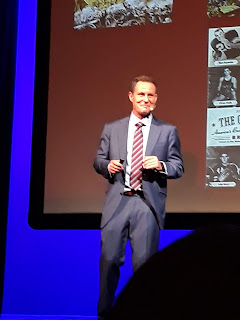 Brian grew up on Long Island and still lives there.  His childhood dream was to play professional soccer.   He played in High School and then for a short time in college.  He related that he was really not that good but he was determined.   When he realized that dream was not going to happen, he looked in other directions.  Being a talker, he tried interviewing.    He would send out resumes only to get back rejection letter after rejection letter.

Through perseverance he started getting some attention.  All the while he was studying the history of this country.     After being a stand-up comic for a short while and  during some interviews for minor TV stations,  he started making a name for himself. Then he got the position he now is in.  His basic message is that we all get knocked down but need to get back up.  And this country provides the opportunities for each of us to strive for our best.

He has written two books about famous people and what lessons playing sports has given them.   Most of these people are not professional athletics but business people, politicians, doctors, etc.   Each have a story to tell.

Other books he wrote are about three people from our history.  George Washington, Thomas Jefferson and Andrew Jackson.   He stressed that each of these people were flawed just as each of us are.  But they did what they were called to do at their point of our history.   And their efforts have contributed to the greatness of this country.   He has a book coming out about Sam Houston.

His talk was for about an hour and forty-five minutes.  Then he took questions from the audience.  Following that he was in the lobby where his books were being sold.   He signed books and took pictures with anyone who was interested.

He was never political.   He was there to celebrate with us that we are fortunate to be born in this country.    Even through there is what seems like so much political strife at this time, Brian says he still believes this is a good time for this country and we will continue to be strong and a beacon to the world. 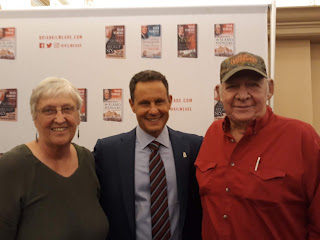 Until next time.
Posted by Phyllis at 4:19 PM