I should have known better

A few years ago when in this area we took our first drive on Route 89 from Congress to Prescott.  We were not towing at the time.  This is one good reason.  Both times we saw brave (or maybe adventurous people touring) rigs.  Yesterday we saw a Dually pulling a 40 foot toy hauler. Maybe they didn't see the signs? 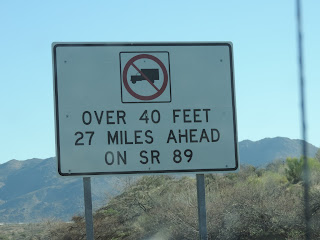 This fellow still sits right off the road when leaving Congress. 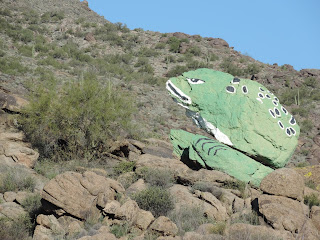 The highway rises fast.  Looking back at Congress: 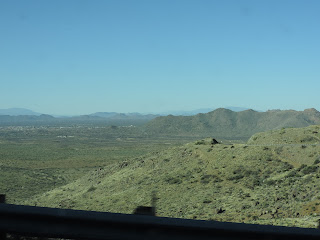 Once at the top, land is flat.  Large ranches line the roadway. 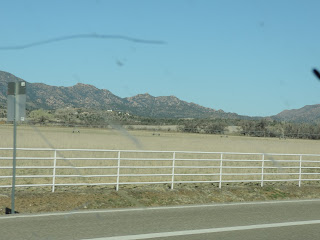 Looking back at the highway.   At one point we were 6,100 feet in elevation. 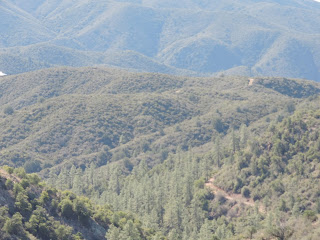 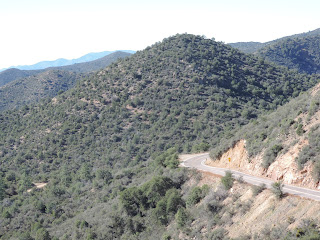 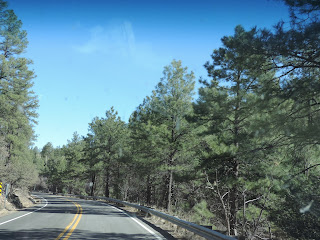 When we got to Prescott I suggested getting coffee and walking around town.  This is where I should have known better.  More of that later.  We found a small coffee shop, had our coffee and blueberry coffee cake.  The court house is across from the coffee shop.  We visited a few shops and bought a few items. 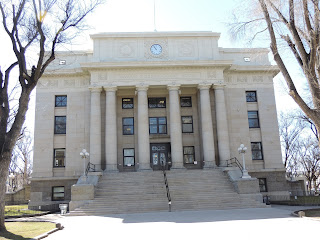 Then the ride back to Congress.   Snow on mountain tops: 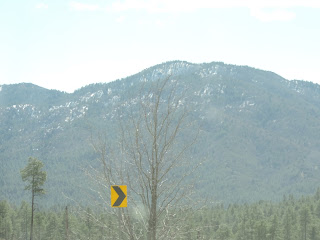 And some along the roadside. 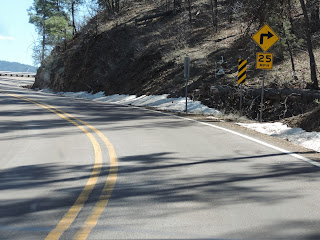 Giving an indication of the switchbacks. 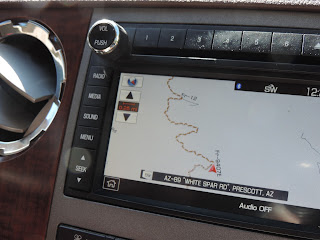 Once back in Congress we picked up our mail and decided to drive down Ghost Town Road.  The name interested us.  Several homes were on this dead end gravel road.  We saw a sign pointing the way to a cemetery on an even narrower gravel road. 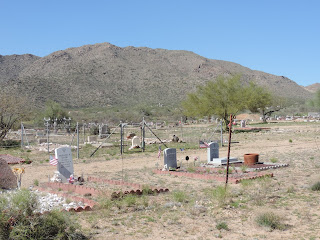 A few rigs had set up boon docking back there.  There was a sign that camping is allowed 14 days max.  We suspect some were sifting for gold.    The narrower gravel road became REALLY narrow and bumpy.  Would not stop Len.  What a ride it became. 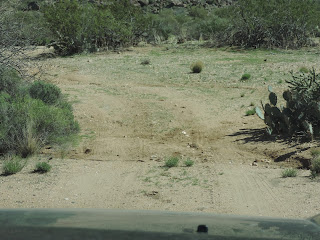 Now for the title.  In one of those shops in Prescott, Leonard found something he could not live without.    It was my idea to walk around town and visit shops......I should have known better. 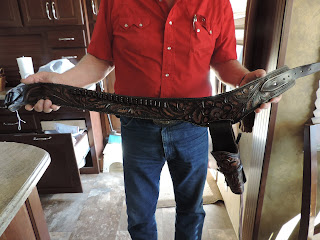 Until next time.
Posted by Phyllis at 8:21 AM