Brought tears to our eyes.

In 1992 Leonard and I purchased a beautiful house and 2 acres surrounded on all sides by a nursery in rural Cumberland County, NJ.   The house was soundly built in 1850.   Through the years we added two rooms, a deck, a shop, a barn and two outbuildings.  We had the original oak floors refinished.  We completely renovated one of the bathrooms.   We lovingly kept the yard and gardens.

When we retired and left to full-time RV in 2010, our daughter Terri and her husband Steve purchased the house and property from us.   They put even more hard work and funds into making the house and grounds into something to be proud of.   We, and then them, held annual yard parties where it numbered up to 125 people.  We loved doing this as did Steve and Terri.

A few years after buying the house Terri was offered a position near Hershey PA.  She accepted with the only heartbreak was leaving this house.    We understood a couple with lots of dogs purchased the property.  We saw they almost immediately built ugly fences all over the property. 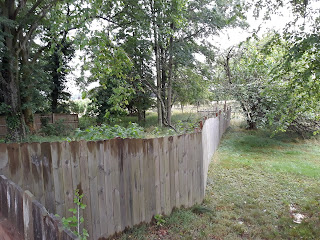 After only two years we heard the house was being foreclosed.  We saw it was listed for sale.  A friend of Terri's contacted the realtor and toured the house.   She told Terri there was major damage in the house.   As we continued to check on the status, we found the house is no longer listed     The house has sat empty two years.   Today Leonard and I checked it out. We are sick.  As are Terri and Steve who did the same thing in April.

Our back yard and barn before: 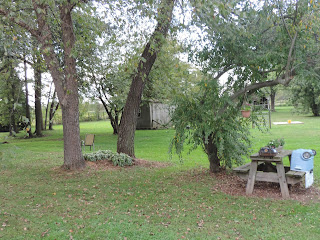 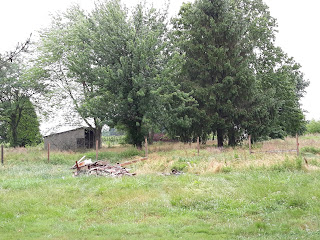 Picnic area with an outhouse that was put there in the 1930's by the CCC. 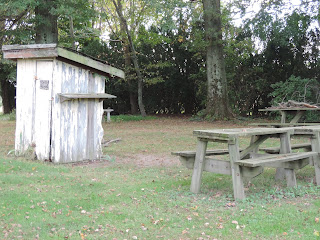 What is left of that area and historic outhouse. 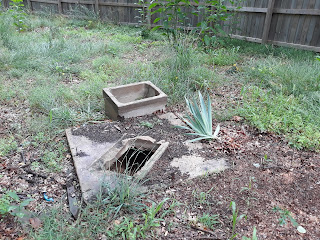 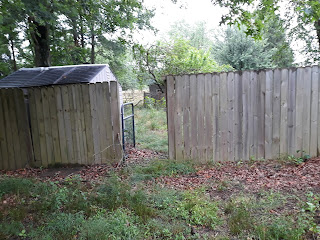 The deck and three-season room we added 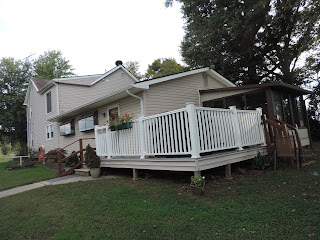 How it looks now. 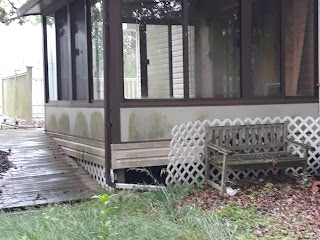 Side of the house with flower beds and raised vegetable beds. 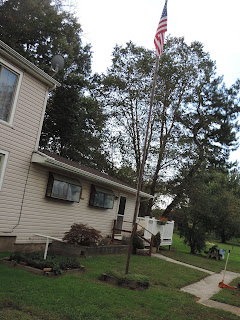 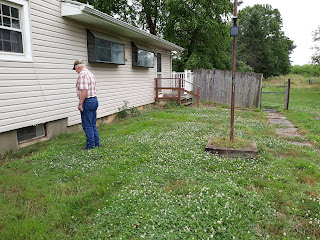 The fish pond Leonard and our son-in-law Scott dug.  With flower beds around it. 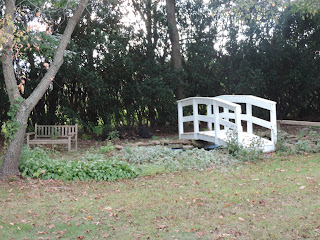 Where the pond was. 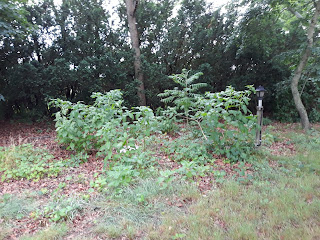 We have mixed feelings.  We would love to see the inside of the house but it would probably make us even more upset.    We understood the bank now owned it.   Len called a friend of ours who is the Township Construction Dept. Administrative Officer.   She says according to township records the people who purchased the house still own it.  If they own it, why would they leave it sit like this.

We still have keys.  Wondering if locks were changed.  Nope...... not worth being arrested.

Until next time.  (Provided we don't kept tempted.   How many of you would donate to our bail money.)
Posted by Phyllis at 8:46 AM